In response to the US announcement on March 15 of new sanctions against 19 Russians “in connection with the internet”, Moscow warned that Russia would flesh out its “blacklist” of American personalities.

Moscow will respond to the sanctions announced by Washington on Thursday by lengthening its “black list” of US citizens, reports the press agency Ria Novosti on March 16 quoting Deputy Foreign Minister Sergei Ryabkov.

ALSO READ:  Woman Killed By Husband While She Was Holding Their Baby, Filing Abuse Complaint Against Him

“Historically, we have applied a principle of parity in the number of people on the sanctions lists. So we will extend our “blacklist” with another group of Americans, “said Sergey Ryabkov.

“We are doing this because of America’s political stubbornness and lack of pragmatism. Other sanctions on our part are possible and we will evaluate them in accordance with our interests. We obviously take into account the need not to completely close the dialogue that would allow us at least to begin a process of stabilizing our bilateral relations with Washington, since many things are based on them in the modern world “, he adds.

While the Skripal affair leads to a diplomatic conflict between several European countries and Russia, the US Treasury announced on March 15 new sanctions “in connection with the Internet” against Moscow. According to a US official, 5 entities and 19 individuals are targeted by these sanctions. “[We respond] to the pernicious activities of Russia, including their attempt to interfere in the US elections ,” said Treasury Secretary Steven Mnuchin. In a statement , the Treasury accused Russian hackers of having led several attacks on US infrastructure, particularly in the energy sector or water since March 2016. 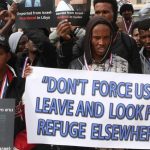 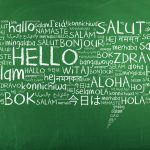