African clothing is known around the world for its bright colors and its eye-catching designs. But have you ever wondered what all the different types of traditional garments are called and where they come from?

Let’s take a look at some of the most beautiful and popular traditional fashions in Africa!

This is a ceremonial fashion worn by Nigerian men on special occasions. It takes the form of a robe with wide sleeves, often made out of a material called fari, which is a type of handspun cotton. Sometimes Agbada robes also are made out of silk (which may be local or imported).

The embroidery on an Agbada robe is said to confer protection. On a functional level, it serves to reinforce the neck and pockets of the garment.

“Aso Oke” is a traditional women’s fashion among the Yoruba people of Nigeria and Benin. Typically there are four components to a traditional Aso Oke outfit: a blouse known as a “buba,” a wrapped skirt referred to as an “iro,” a head tie called a “gele,” and a shoulder sash called an “iborun” or “ipele.”

Aso Oke outfits feature bold colors and beautiful patterns, and are stunning to behold. The most famous component is probably the dramatic head tie—more on that shortly. A Gomesi is a formal gown which drapes to the floor, worn to weddings and other special occasions by urban women in Busoga and Buganda. Rural women may wear it everyday.

Originally Gomesi gowns were made of bark cloth, but presently they are made from cotton. Scholars are not entirely sure how the garment was created or evolved, but it is believed that it was introduced in Uganda during the 1940s and 1950s. Reportedly the tailor hired by the Christian missionary school which commissioned the design for students had the last name “Gomes”—and thus the name “Gomesi.”

Like many other African fashions, the Gomesi features vibrant colors. Its most distinctive features are a square neckline, puffed-up sleeves, and a prominent sash around the waist. While cotton remains the most popular fabric, some Gomesi dresses are made out of linen or silk.

This beautiful garment is worn in Egypt and the Sudan, and comes from the Nile Valley. It is similar to an Arabian thawb, but it features a wider cut, longer sleeves, and no collar. The sleeves are significantly wider than those found on a thawb as well, and in fact may be lined with pockets.

The Jelabiya may be worn by men or women, and may be formal or informal. White Jelabiyas are popular during the summer months because they keep out the heat. During the winter, other darker colors are fashionable. This North Africa fashion may be worn by men or women. It is a full-sleeved robe most commonly found in Maghreb, usually made out of wool, but sometimes available in cotton as well. Usually the Djellaba comes with a large hood referred to as a “qob.” The hood provides protection against bright sun, cold winds, precipitation, and blown sand. It is voluminous enough that it may also sometimes be used as an improvised pocket. This male fashion is popular throughout Africa, but is particularly widespread in West Africa. It is a simple tunic with a V-shaped collar, generally worn with a Kufi hat and a set of trousers. The Dashiki may be formal or informal, and is generally embroidered with elaborate designs and dyed in bold colors.

During the Civil Rights and Black Power movements, the Dashiki became somewhat symbolic of the struggle for equal rights. As a result, it turned into a global fashion trend, and today still carries its counterculture connotations. The head tie is a fashion which was mentioned previously as part of the Aso Oke. There are a number of different types of head ties worn throughout Western and Southern Africa, some examples being doek in South Africa and Namibia, duku in Ghana, tukwi in Botswana, and gele in Nigeria. The gele head ties are perhaps the most famous and flamboyant. They tend to be quite dramatic and large, particularly those which are designed for ceremonial occasions such as weddings (gele for everyday wear may be more understated). The gele covers the entirety of the hair and often conceals the upper part of the ears as well, framing and drawing emphasis to the face. It may be (and often is) made out of the same fabric as the rest of the outfit, but does not need to match perfectly.

This robe features long sleeves and falls down to the ankles. Sometimes the name is spelled “caftan.” Made from wool, silk, cotton or cashmere, the kaftan is found in a number of different cultures and regions. It is popular in North and West Africa, but also is worn in Persia and even Russia.

Its meaning and function varies broadly from one society to the next. In some cultures, it is a casual overcoat, while in others, it is only worn by royalty. The Ghanaian smock is traditionally worn by Ghanaian men, but there are Ghanaian smocks available for women as well. You can recognize the smock instantly from its distinctive material; the striped bands of cloth are woven by hand and are referred to as “Strip Cloths.”

The neckline often features embroidery. Typically the garment is worn along with a kufi hat, but may sometimes be worn with a fez. The kanga is a single piece of cloth, measuring around one metre by one and a half metres. Usually it has a border on every side and a design of some sort in the middle. As a wrap garment, it is a traditional form of dress among women in the African Great Lakes region (men may sometimes wear the kanga as well). One interesting aspect of the kanga is the fact that it often includes a message of some sort written in Swahili, Comorian or Arabic along one edge. The message is generally a proverb, but may sometimes be a riddle or something else altogether. An example would be a phrase like “Sisi sote abiria dereva ni Mungu,” which translates to, “We are all passengers; God is the driver.”

Now you are familiar with some of the most beautiful fashions for men and women which are worn throughout Africa! If you plan a trip to the continent, be sure to shop for some of these vibrant traditional garments, and enjoy adding some African flair to your own wardrobe. 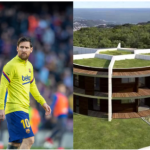 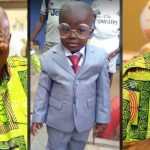