The pop world took a serious blow after it lost one of the greatest soulful crooners the younger generation had to offer. At the age of 22, Aaliyah was killed in a plane crash in 2001. The New York-native, Detroit-raised entertainer seemed to be a hit-record machine with popular songs like “One in a Million,” “Rock the Boat” and “More Than a Woman.” The iconic singer, songwriter and record producer died at the age of 27 after he was asphyxiated by his own vomit. He is remembered as one of the greatest electric guitar players in the music business, and many people say his first album, Are You Experienced, changed rock ‘n’ roll forever.

In 1996, Shakur was killed in a drive-by shooting at the age of 25. Many people still remember Shakur as one of the greatest rappers and one of hip-hop’s most important pioneers. In addition to being an iconic rapper, Shakur was also a prominent activist and was known to speak out on topics that many other hip-hop stars of the time remained tight-lipped about.

ALSO READ:  This Is Your Original Recipe For The African Beef And Peanut Stew- All Yours This Holiday

The Notorious B.I.G., whose real name is Chris Wallace, was fatally shot in 1997 while he was in California to promote an upcoming album. He was a serious force to reckon with in the rap world and continues to influence many hip-hop stars today.

A tragic plane crash in 1967 took the life of the 26-year-old R&B crooner. Many people recognize Redding as the iconic voice behind classic tunes like “Try a Little Tenderness” and “Respect.” Lymon was best known as the lead singer of the New York City-based early rock ‘n’ roll group, The Teenagers. Their biggest hit was the 1956 tune “Why Do Fools Fall in Love,” which was also their first single. He went solo with his music career, but it never seemed to take off. At the age of 25, he was found dead in his grandmother’s bathroom from a heroin overdose in 1968.

Terrell was a star singer for Motown Records, and many remember the soulful songstress for her series of duets alongside Marvin Gaye, including “Ain’t No Mountain High Enough” and “Your Precious Love.” Terrell had been dealing with serious migraines. During a show, she collapsed in Gaye’s arms and was rushed to a hospital. It was later discovered that she had a malignant brain tumor. She was only 24 when she passed away in 1970. The Delta Blues singer was 27 when he died in 1938. There have been a number of theories about his death, including that he died from drinking whiskey laced with strychnine. Johnson spent a lot of time playing for tips on street corners before he made his first recording, “Kind Hearted Woman Blues,” in 1936. Tragedy struck when Young committed suicide in 2013. He was found dead at the age of 29 with a self-inflicted gunshot wound to the head. Young was the star of the popular Disney Channel show The Famous Jett Jackson and starred as Chris Comer in Friday Night Lights. It was back in 1986 that the potential NBA great died from a cocaine overdose at the age of 22. All eyes were locked on the University of Maryland baller who was the second overall pick in the 1986 NBA draft. Tragically, he overdosed only two days after being drafted by the Boston Celtics. 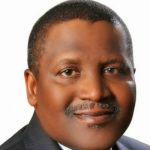 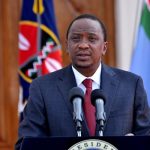