Big forgotten World Cup since the participation of his country Togo in 2006, the Togolese international Emmanuel Adebayor Sheyi remains active in the field. The player, despite his many setbacks, is dreaming of more than one on the field, through his humanitarian work or in his dress.

A rather particular look, compared to some of his African peers. Ranging from dreadslocks that he abhors, the player from Turkey puts himself at ease in last generation outfits (military outfits or injured / torn jeans).

According to a study, as reported by our Togoweb colleagues, the style of dress, when one is not a fashion model, illustrates the psychic or spiritual activity of a person.

The Togolese international, one of the most respected opinion leaders in his country, Togo, who should inspire in all areas, is far from the example in terms of dress.

Some indiscretions emphasize that, to define the style of the player, no need to necessarily conduct behavioral studies.

Emmanuel Sheyi’s “scruffy” and “in” style actually reflects the “rebel” and “warrior” side of the man who never misses the opportunity to recall his “difficult” childhood in one of the most more disadvantaged of Lomé.

The last one in June 2017, he had appeared in front of the students and the teachers in a torn pants, chatted the canvas. It was during the “SEA TOUR”, alongside Mesut Altan, the vice-president of the Turkish club Istanbul Basaksehir where he evolves, during a ceremony on the sidelines of the renovation of the Kodjoviakopé High School.

Admire for yourself the style of the player 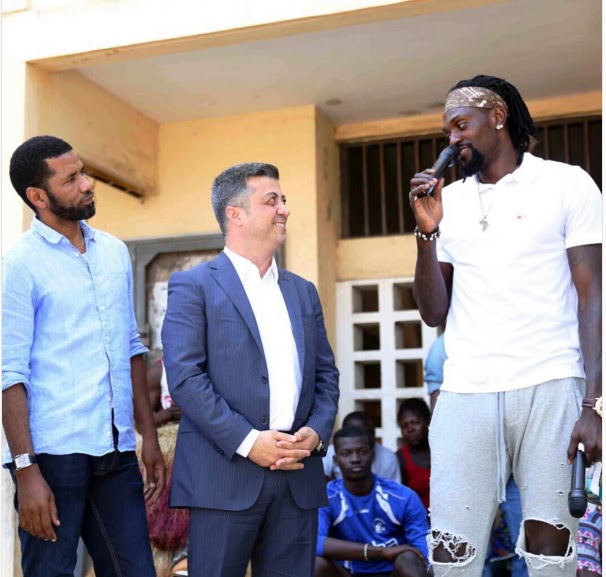