The Rock and his co-star Vin Diesel had a serious argument during filming of the last movie in the franchise, ‘Fate of the Furious’, and now The Rock says he’s not sure he would be back for the next one.

Speaking with Rolling Stone magazine, Dwayne addressed the feud for perhaps the first time ever and said due to his strained relationship with Diesel he doesn’t know if he’ll be a part of ‘Fast 9’. 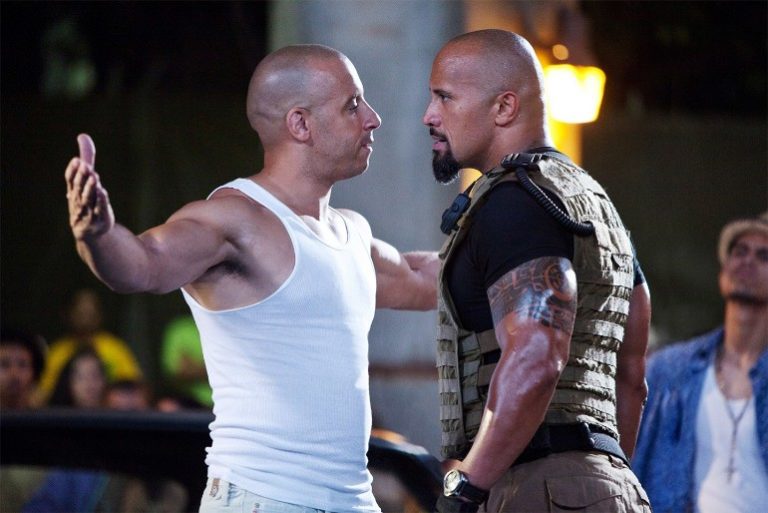 “I’m not quite sure,” The Rock told the magazine when asked if he’ll be back for the next installment in the franchise.

“Right now I’m concentrating on making the spinoff as good as it can be. But I wish [Vin] all the best, and I harbour no ill will there, just because of the clarity we have,”

“Vin and I had a few discussions, including an important face-to-face in my trailer,” he said on their feud.

“…What I came to realize is that we have a fundamental difference in philosophies on how we approach moviemaking and collaborating. It took me some time, but I’m grateful for that clarity. Whether we work together again or not.” he added.