Could Jean-Pierre Bemba someday become president of DR Congo? In another life perhaps, would say an observer of the Congolese political scene. In any case, his conviction by the ICC for witness tampering durably jeopardizes his chances of presiding over the destiny of the country.

The Constitutional Court has invalidated his candidacy for the presidency, the former warlord and Congolese Vice President Jean-Pierre Bemba, is ready to support a single candidate of the opposition.

In an interview in the weekly “Jeune Afrique”, published last Monday, Jean-Pierre Bemba suggested that “if the elections are held in compliance with the conditions mentioned and if the opposition is united behind a candidate, then, yes, I can ignore my person. I will support someone and I will win him. “

“If there was to be a call to boycott the elections, it would not be my personal decision, but that of the opposition. We are not there, “he added.

Reacting to the rejection of his candidacy and his involvement with the law, Jean-Pierre Bemba did not hesitate to say: “Kabila was afraid of me”.

In relation to the elections, expressed doubts as to the credibility of the polls.

As a reminder, Mr. Bemba was acquitted in June on appeal by the ICC of 18 years imprisonment for war crimes and against humanity, for abuses attributed to his militia in the Central African Republic in 2002-2003.

Asked about the abuses of his militia present in the Central African Republic to support the former president Ange-Felix Patasse, he replied in these terms: “I never had the proof. If that had been the case, I would have taken sanctions. 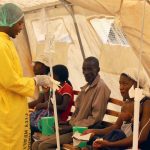 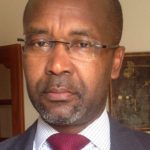