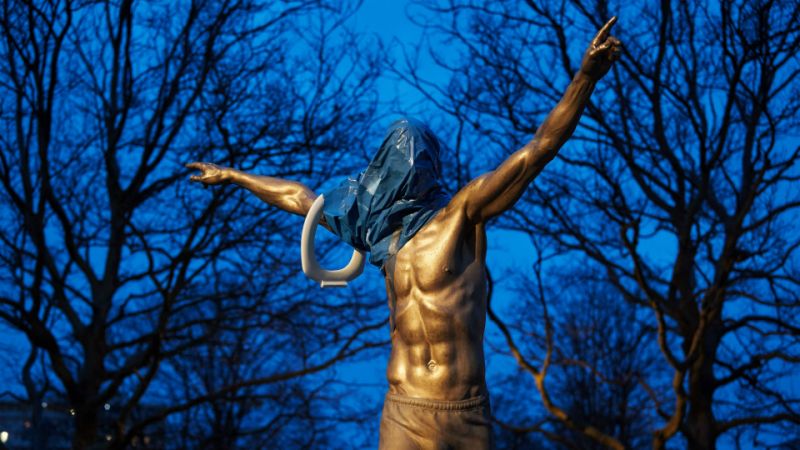 Zlatan Ibrahimovic has spoken out about the continued vandalisation of his statue in Malmo, saying the culprits are at ​a “kindergarten level.”

The legendary striker had a statue unveiled in his hometown last year, but fans in the Swedish city did not react well to the news that Ibrahimovic had become a part-owner of rivals Hammarby.

Video emerged on social media in November of fans setting the statue on fire, the first of many attempts to vandalise the statue outside of Malmo’s Swedbank Stadion.

In addition, vandals have attempted to saw through the feet, cover it with paint, adorn it with a toilet seat and bombard it with fireworks.​ In December, the statue’s nose was cut off.

Now Ibrahimovic has hit out at the vandals who have damaged his statue, saying they have mostly been doing so to capture media attention.

ALSO READ:  Family To Get $5M After Man Died Following Police Chase That Was Filmed By Reality TV Show

“It’s a shame,” Ibrahimovic told Dplay. “They want attention and want the media to write about it – it’s at kindergarten level and we’re bigger than that.

“The statue was what it was, but that doesn’t mean that my story will be torn down, it will remain forever.”

Ibrahimovic began his professional career with Malmo before going on to represent a number of Europe’s top sides, including Ajax, Juventus, Inter, Barcelona, AC Milan, Paris Saint-Germain and Manchester United.

After a two-year spell in MLS with LA Galaxy, the 38-year-old returned to San Siro in December when he signed a six-month contract with AC Milan.

The Swede had a promising start to life with Milan, scoring four goals in 10 matches, but football has now been sidelined due to the coronavirus pandemic.

With the return of Serie A still up in the air and his contract winding down, Ibrahimovic admitted that his future with AC Milan is unclear.

“I have a contract with Milan and we will see how it ends there, if it ends,” Ibrahimovic said.

“I want to play football for as long as I can and be able to contribute something, not just play for what I have done or who I am.

“We’ll see what happens – who knew coronavirus would come and turn the world upside down in two weeks?” 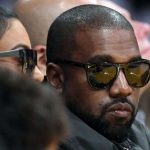 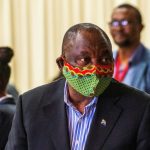