In a report by Vangaurd Newspaper, Soyinka reportedly made this known on Wednesday, November 9, 2016.

ALSO READ:  These Are The World's Top 10 Most Dangerous/ Deadliest Diseases!! AIDS is 6th! Guess #1!!

The writer reportedly said he will not destroy his residency permit until he sees what becomes of Trump’s administration after inaugurated into office. 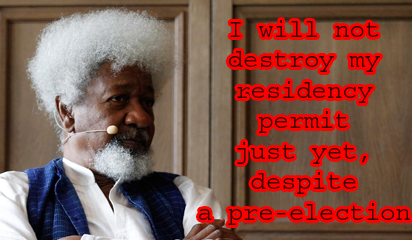 “Why don’t we wait until Trump actually takes office? I am just going about my normal commitments, but definitely not getting into any more commitments. Let’s put it that way for now,” he said.

Following Trump’s victory on Wednesday, November 9, 2016, Nigerians had taken to social media to request that the Nobel laureate made through his threat. 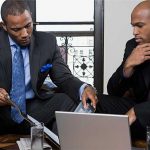 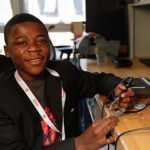