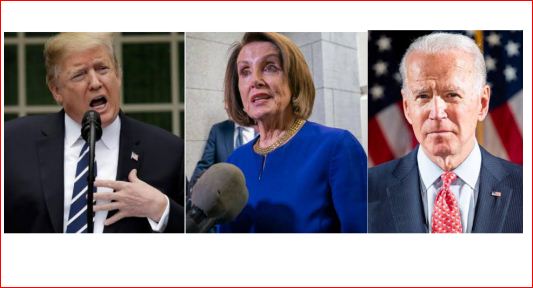 US House Speaker, Nancy Pelosi, has stated that she doesn’t believe there should be any presidential election debates between US President Donald Trump and Joe Biden because she believes Trump “will probably act in a way that is beneath the dignity of the presidency.”

“Don’t tell anyone I told you this—” Pelosi said before a room of reporters and TV cameras during an on-the-record news conference on Thursday August 27.

“[but] I don’t think there should be any debates.”

“I don’t think there should be any debates. I wouldn’t legitimize a conversation with him, nor a debate in terms of the presidency of the United States.’

‘Now, I know that the Biden campaign thinks in a different way about this.”.

Ms Pelosi, who has not spoken personally with Mr Trump in more than 10 months — during which time her chamber has impeached him, negotiated trillions of dollars in aid to fight the coronavirus pandemic, and held several high-profile oversight hearings on his administrative actions, said the president’s debate performances against Hillary Clinton in 2016 as evidence of his unworthy behaviour.

‘What he did in 2016 was disgraceful, stalking Hillary Clinton like that. … He will probably act in a way that is beneath the dignity of the presidency. He does that every day,” Ms Pelosi said

“I think he will also belittle what the debates are supposed to be about. They’re not to be about skullduggery on the part of somebody who has no respect for the office he holds — much less the democratic process. Why else would he try to undermine the elections in the manner that he is doing?

“I don’t think that he should dignify that conversation with Donald Trump.”

Her statement puts further credence to Trump’s campaign attempt to paint Biden as a politician who wouldn’t want to face Trump in a debate.

Trump’s campaign see the debates as a major tool to close the polling gap between Biden and Trump ahead of election Day. 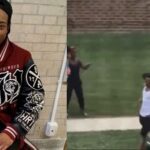 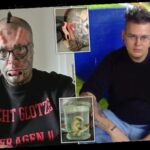