Michael B. Jordan may be one of Hollywood’s rising stars, but when it comes to his personal life, he’ll be the first to admit that he hasn’t quite mastered the art of dating whilebeing an A-list celebrity.

“I’m very mature and advanced in a lot of areas of life. Dating may not be one of ’em,” Jordan, 31, confesses in the latest issue of GQ, which named him one of 2018’s Men of the Year. “I don’t really know what dating is.”

Earlier this year the Creed 2 star faced unexpected backlash after he and a childhood friend, Sterling Brim, who co-hosts MTV’s Ridiculousness, were photographed mingling on a boat in Italy.

Fans who were still drooling over his role as the complex, super-villain Erik Killmonger, in the box office hit Black Panther were dismayed to see paparazzi pictures of their #ManCrushMonday on a boat surrounded only by white women. And the swift clapback he received from his African American fanbase definitely had an impact on the 31-year-old actor.

“Sometimes you get on a boat, you go and meet people you’ve never met before, enjoy some stuff,” Jordan explains. “It’s vacation, it’s life. Then it just turned into this whole other thing that it wasn’t. It just wasn’t that. I felt like I needed to say something in that moment.”

For my first @GQMagazine cover, I went to ATL and had a chat with MBJ and managed to speak coherently and not drool on myself and THEN managed to write something that wasn't just thousands of words about his dimples and arms. A professional milestone. https://t.co/3gcZaRUcR5

While he determines how to navigate his personal relationships on the heels of stardom, Jordan plans to stay focused on his craft.

“I’m just going to keep trying to work on myself and build this empire,” he says. “I want to make this thing so my family ain’t gotta worry about nothing…I want intergenerational wealth.”

When asked which Hollywood vets he admires and gains inspiration from, he names Tom Cruise, Leonardo DiCaprio and Will Smith.

“Great actor. Extremely hard worker,” he beams while speaking of Smith. “Focused, business-savvy movie star that can open up all over the world. Those are things I want.”

And at the rate he’s going, that is totally possible. Jordan’s issue of GQ hits newsstands on November 20th. 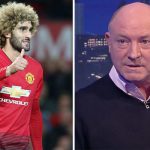 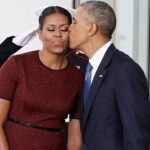