A Black transracial adoptee has expressed how uncomfortable she feels identifying with black folks.

Speaking on Monday’s episode of “Red Table Talk”, Angela Tucker, who was adopted by white parents, said she feels disconnected with the black community.

Tucker’s mother was reportedly homeless and had to place her daughter for adoption when she was 13 months old.

David and Teresa Burt, who lived in their predominantly white town of Bellingham, Washington, adopted Tucker who had become a ward of the state following her diagnosis with a form of cerebral palsy.

“For me to talk about transracial adoption is to hurt somebody… I’m alive but dead inside in some ways, not knowing my culture and not being connected.

“Being a transracial adoptee, it’s really difficult to share what we really feel because we have parents who raised us and love us and we don’t want to appear we’re not grateful for what they’ve done. I have no sense of a strong identity,” Tucker admitted on the Jada Pinkett Smith-hosted Facebook Watch show.

Tucker, who is the founder of the adoption consulting firm ‘The Adopted Life’, admitted that she feels most comfortable around other transracial adoptees compared to black people. She even admitted feeling “fear” when she met her birth mother and her family.

ALSO READ:  Trump to Withdraw US Spy Planes and Agents from the UK if Boris Johnson Pushes Ahead with Huawei 5G Deal
Loading...

“I don’t identify with black folks because I feel my own sense of fear or illegitimacy is how I feel even sitting here with you because I feel like you three are legitimate black people because you were raised by black people. It’s embarrassing to say that, but that’s my reality. This is my family, why am I afraid of my own family?” she said on the show.

“I grew up in white spaces so it makes sense that I might feel safe here,” she added.

Tucker admitted she still has the desire to be close to her birth mom, who does not have many material possessions.

“I chose to go to a predominately white college because that’s what was comfortable for me.

“When I went to college, I did feel a lot of racism but it was coded in this way where I was put up on a pedestal — it was tokenism, being in an all-white school.

“I was always chosen to be on the college pamphlets. I didn’t think of it as racism, at the time I thought it was, maybe, flattering, and then I started to realize what was happening.

“A lot of people like myself, once we leave the house and no longer have white privilege by osmosis it’s like an awakening” she said. 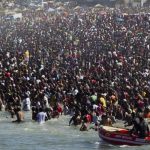 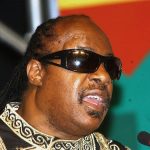