According to a local newspaper, a pastor who was imprisoned for six weeks for predicting Robert Mugabe’s death claims he collected a tin of lice to let  the Zimbabwean president know just how bad prison life is.

The Daily News quotes Patrick Mugadza (his other name is Phillip) from Kariba saying: “I had collected lice because I wanted to bring them over just to say Mr President these are your boys in the prison who are just eating people.”

He, however, said he he’d lost his tin of lice.

Mugadza was arrested in January 2017 for saying Mugabe would die on October 17 this year.

The #ThisFlag movement of well-known Zimbabwe pastor Evan Mawarire took up Mugadza’s cause while he was in prison, calling for his release. Mawarire himself spent a week in custody in February.

Mugadza first came to public notice for holding a one-man protest against the longtime Zimbabwe leader outside a ruling party conference in Victoria Falls in December 2015. He told the Daily News that his recent experience in prison was “nasty” and that he’d seen guards beating inmates.

Dissatisfaction is rife in Zimbabwe, where the president has just gone on his fourth foreign trip in 19 days. Floods last month caused widespread damage in the south of the country, where 100 million US is believed to be needed for road repairs alone.

Many are are conscious that elections will be held next year and that Mugabe – for the moment at least – says he will stand again. There are moves from the ruling party to stop biometric voter registration, which the opposition was largely in favour of.

Opposition parties under the banner of the National Electoral Reform Agenda (NERA) say they will hold a protest in Harare on Wednesday to press for electoral reforms. 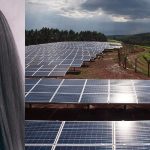