President Museveni has said that despite being 71 years, he still feels like a 30-year old youth because he keeps healthy.

“In September I will be clocking 71 years. But despite being an old man, I feel strong like a 30-year-old young man. This is because I don’t drink alcohol and also do not engage in acts that can expose me to HIV/Aids,” President Museveni said, drawing applause from a mammoth crowd that had braved an afternoon downpour to wait for him in Kayunga.

The president explained that if he was not strong, he would not have been able to fight former dictators, Amin and Milton Obote.

The president was on Wednesday addressing a rally in Kayuga Town after commissioning an FM radio station. The radio station is owned by Mr Moses Kalangwa, a businessman and NRM party diehard.

Another highlight of the day was that Lands minister who is also the woman MP for Kayunga district, Ms Aida Nantaba snubbed the ceremony due to the poor relationship she has with Mr Moses Kalangwa.

Ms Nantaba accuses the businessman of involvement in acts of land grabbing in Kayunga, Kamuli, Mubende districts however he denies the allegations. 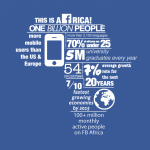 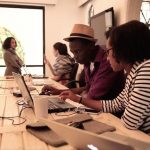