The Spanish giants were in disarray when Zinedine Zidane was appointed their manager in January.

Rafa Benitez’s ill-fated reign had left Los Blancos trailing both Atletico Madrid and Barcelona in La Liga, with points dropped in four of their previous eight games and memories still fresh of a humiliating 4-0 home thrashing by Barca.

Now, less than nine months later, not only are Zidane’s Real the European champions, they are also on the verge of breaking La Liga’s all-time record for consecutive victories.

Sunday’s 2-0 triumph at Espanyol was the 16th straight victory for Zidane’s men, who ended last season just one point behind champions Barca after winning their final 12 games. This season they have established early control of top spot with maximum points from four games.

That winning streak is a Real record and also equals the best winning sequence in Spain’s top flight, achieved by Pep Guardiola’s all-conquering Barca in 2010-11.

And they have the chance to beat that on Wednesday with victory over Villarreal at the Bernabeu.

So, how has Zidane done it? Not in the way you might have expected. 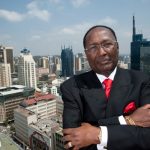 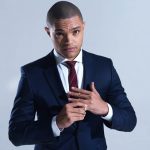