Ever look at old pictures of yourself and marvel at how much you have changed? Have you looked at footage of your favorite stars, and remembered what they used to look like? The toll that the years take upon us is inescapable, even for wealthy people in the public eye. Colombian artist Fulvio Obregon, AKA Fulaleo, was motivated to create a series of digital art illustrations depicting celebrities posing with their younger selves, and the juxtaposition contained in each is as fascinating as it is humorous.

The King of Pop stands with his Jackson 5-era self.

Wearing a shirt with the face of fellow Beatle John Lennon upon it, an aging Paul McCartney poses with his mop-haired counterpart.

Is that a young Steve Jobs or Ashton Kutcher?

Sultry-eyed Mick Jagger poses shirtless with his older self, who is ironically wearing a David Bowie shirt.

In a nod to two roles at once, the younger de Niro wears a shirt with one of his most memorable lines along with an animated character voiced by the actor.

Bill Gates, before and after he became one of the wealthiest philanthropists in the world.

Fulaleo’s talent doesn’t end with this series, either. Also on his Facebook page are a number of portraits he has created of celebrities, many with a tongue-in-cheek style. In his illustration of Dr. Martin Luther King Jr. and Malcolm X, he depicts them in modern urban dress, wearing t-shirts bearing the faces of Kanye West and Jay-Z.

Fulaleo used quite a bit of symbolism in this portrait. Not only do the pendants on MLK & Malcolm X’s chains reflect their differing religious beliefs, the numbers on their shirts give the years of their deaths: 1965 for Malcolm X, and 1968 for MLK.

In this portrait of Jimi Hendrix, Fulaleo has layered patterns in all stops on the color spectrum to give a psychedelic feel – precisely what a viewer would expect.

DID YOU ENJOY THE WORK OF THIS TALENTED ILLUSTRATOR? IF SO, SHARE THIS WITH YOUR FRIENDS ON FACEBOOK SO THAT THEY DON’T MISS OUT! 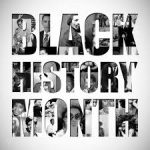 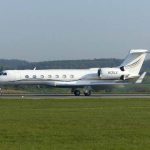