The success of Ghanaian industrialisation would have further cemented the fact that African countries did not necessarily need White rule to be successful.

Kwame Nkrumah was a futurist, a born visionary. His plan as leader of Ghana was to make it an industrial hub within a generation. He dreamt of a united and successful African continent and the narrative he was creating for Africa was a foreign policy concern for the United States of America. In a Memorandum from the President’s Acting Special Assistant for National Security Affairs (Komer) to President Johnson, the coup that led to Nkrumah’s downfall was described as a fortuitous windfall because, “Nkrumah was doing more to undermine our interests than any other black African. In reaction to his strongly pro-Communist leanings, the new military regime is almost pathetically pro-Western.” In other words, the military regime was a shadow of the West, a whole puppet show mistaken for governance.

Before the declassification of the official documents by the USA, a C.I.A operative, John Stockwell, shared his knowledge on how the United States had been involved in evoking anti-Nkrumah sentiment and in the end causing the coup. He said, “Howard Bane, who was the CIA station chief in Accra, engineered the overthrow of Kwame Nkrumah. Inside the CIA it was quite clear. Howard Bane got a double promotion, and was awarded the Intelligence Star for the overthrow of Kwame.”

ALSO READ:  The Inspiring Story Of Patricia Wilkins; The American Fashion Designer Who Eventually Finds Her Calling In Ghana!!

Nkrumah had ascended to power when Ghana gained its independence in 1957. Ghana adopted a flag with a Black Star in a nod to Marcus Garvey and his Black Star Line. Nkrumah was one of the leaders behind the Organisation of African Unity established on 25 May 1963. The visionary’s end goal for Ghana had been to industrialise it within a generation. He had used an accelerated eduction programme and set up a Ghana Education Trust (GET) to build schools in a bid to empower the people of Ghana with the requisite expertise for industrial take-off. He also led a promising scientific research drive which in 1965 had expanded to no less than five different research institutes for food sciences and technology, aquatic biology, geology and geophysics, industrial standards and marine fisheries. In 1966, Nkrumah said, “Many more research institutes are in an advanced stage of physical development or of planning. These include the Institute of Glass and Ceramics, the Institute of Metallurgy, the Institute of Wild Life research, the Institute for Research Development and a Centre for the Production of Scientific Instruments.” Education was only one of the chapters of the multi-faceted growth he envisioned for Ghana but it formed the very base. By the time of the coup, his country had 68 state owned factories. It is this futuristic industrial policy that was soon dropped by the military regimes that followed for reasons largely unreasonable in retrospect.

The danger of Nkrumah to the colonialists

Nkrumah’s ideology was a threat to the imperialist cause and it still is 50 years after. Within 10 years of Ghana’s independence, 31 other countries had gained their own independence. Ghana was a trailblazer in Africa and would rearrange the matrix of how the West related to Africa. The success of Ghanaian industrialisation would have further cemented the fact that African countries did not necessarily need White rule to be successful. Ghana was supposed to fit the narrative of a country which gained black majority rule and became a melting pot of tension and warfare. After deposing Nkrumah, that became the reality of the day with the country having 7 violent military transfers of power. Having undone Nkrumah, the United States started to control affairs with the IMF putting a stop to Nkrumah’s industrialisation policy. The regime that followed was a USA puppet. In Komer’s Memorandum to President Johnson, he said, “I am not arguing for lavish gifts to these regimes-indeed, giving them a little only whets their appetites, and enables us to use the prospect of more as leverage.”

Even now, the USA will pursue such a policy of giving a little and gaining a lot in the manner of African allegiance and loyalty. African leaders who are a part of this ploy to undo Africa are nothing but sell-outs. They insult the legacy of Nkrumah and so many others who were victims of the imperialists’ twisted scheming. Nkrumah’s fall had been discussed a year before it happened by the Director of Central Intelligence, the Ambassador to Ghana and the Deputy Chief of the African Division in March 1965 as shown by their Memorandum of Conversation. Africa should know there are discussions about derailing continental development that are consistently being carried out and it is up to Africans to stand strong and united.

At a January 1961 Casablanca Conference, Nkrumah himself had called for political unity in Africa or else “we will be fighting and warring among ourselves with the imperialists and colonialists standing by behind the screen and pulling vicious wires, to make us cut each other’s throats for the sake of their diabolical purposes in Africa.” 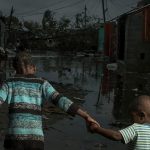 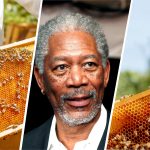