After 289 days, the Olofin, founder of Awori, and his people were clear that their migration southward from Ile-Ife had ended. Many of the migrants had begun setting up their permanent residences when the mud plate had not sunk under water.

However, the mud plate that was given to them by the founder of Yoruba, King Oduduwa, under the explicit instruction for them to place it on water and it would guide them, moved once again from Isheri despite staying there longer.

ALSO READ:  The Untold Story of Ghana’s First Millionaire and How He Won Back the Country’s Land from the British in 1898

The instruction from King Oduduwa was for them to settle permanently at the location where the mud plate finally sinks under water and install their king.

That is how the Awori people settled in their present-day Ogun and Lagos States in the West African nation of Nigeria under the spiritual guidance of the mud plate handed over to Olofin, according to yorubaness.

ALSO READ:  Top 4 Themes that Are Commonly Used in the African Artwork

The first stop of the Awori people after leaving Ile-Ife was Abeokuta after the plate suddenly stopped near Olokemeji. However, after sojourning for 17 days there, the plate moved again to Oke-Ata where it suspended in the water for another 17 days.

However, the Awori people, under the leadership of Osho Aro-bi-ologbo-egan, began mounting their tents and huts when the plate landed at Abeokuta. It stayed for another 17 days.

The mysterious development during the migration of the Awori people was when the plate stopped at Isheri. It stayed for 289 days at Olofin, setting the stage for many of the people to assume the plate had sunk under water.

However, the plate began its journey again leaving the Olofin with no option but to follow it while hundreds of Awori people made their homes at Isheri.

With the rest of the people, the Olofin led by the mud plate on water stopped briefly at Iddo in Lagos until the plate finally sank under water at Idumota after it whirled around.

This astounding development gave birth to the name Awori. It originated from the Olofin’s response to his people when he was asked where was the mud plate; he tersely stated that Awo Ti Ri literally meaning “the plate has sunk”.

The first to have been installed king after the plate sunk was Oba Akinsewa Ogbolu in 1621, one of the sons of Prince Osolo. The mainstay of the Awori people is fishing and farming. Anthropologist W.G. Wormalin described the language of the Awori people as a slurred dialect in his intelligence report on the Badagry district of the colony in 1935.

Some sections of the Awori tribe are traditional believers while others associate with Christianity and Islam. To date, the people consult the Ifa oracle on matters of grave interest including the date of celebration of their festival, the coronation of a chief or causes of a calamity in the community. 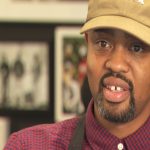