Quite a long time ago there was a nation the larger part of whose individuals were persecuted and efficiently victimized by a minority administration. The infringement of human rights was an auxiliary element of its framework, indirectly called “isolate advancement”.

The execution of force guaranteed to be founded on the manage of law. Be that as it may, various such laws tied down bad form, and were equivalent to the law of the rulers. The nation was South Africa. The approach was politically-sanctioned racial segregation.

International solidarity with the wretched of the earth supported the resistance of the people against such blatantly inhuman practices. The United Nations declared apartheid a crime against humanity .

Such solidarity, and a global governance system guided by normative frameworks rooted in the Charter of the United Nations were, after all, not ideological humbug or toothless tigers.

The ICC and solidarity among African rulers

Since then the institutionalisation of the International Criminal Court (ICC) , with its executive legal powers to prosecute, added more teeth to the seemingly toothless tiger.

Ratified by 124 member states , the ICC emerged as the most important instrument of global criminal jurisdiction. It is based on a mandate to investigate and prosecute genocide, war crimes and crimes against humanity. But the ICC soon became controversial.

It was challenged for what is claimed to be a lack of even-handedness, and was taken to task for its role in Africa .

Triggered by the ascendance of Uhuru Kenyata and William Ruto to power in Kenya, the court’s investigations of political mass violence prior to the elections in 2007 were challenged. The extraordinary summit of the African Union (AU) in Addis Ababa in 2013 decided that the ICC case against the Kenyan leaders violated the country’s sovereignty.

Ironically the campaign for a withdrawal of the African states from the ICC was mainly initiated and promoted by some of the very governments and heads of state that had earlier referred cases to the ICC when it suited their very own interests.

As the retired diplomat and foreign policy specialist Jan Mutton has said :

Criticism mounts … as soon as ICC investigations move too close to the seats of power and do not remain confined to the more obscure and distant world of rebel leaders.

The AU’s critical views had no immediate consequences. But South Africa ignored the indictment of Sudan’s President Omar al-Bashir when he attended the AU summit in Johannesburg in mid-June 2015 .

The government argued that he had diplomatic immunity. In October 2015 news was leaked that the ANC as party in government had recommended leaving the ICC .

Namibia’s President Hage Geingob at the same AU summit in Johannesburg praised Zimbabwean president Robert Mugabe as his role model and lashed out against the ICC for its interference in the internal affairs of sovereign states:

Some people are saying we are the ones who created the ICC. However, when one creates something to be an asset but later on it becomes an abomination, you have the right to quit it since it has ceased serving its intended purpose.

Namibia’s minister of information announced in November 2015 that his government had decided to withdraw from the ICC.

It was finally Burundi which took the first formal steps to withdraw. This after the ICC in April 2016 announced the opening of a preliminary examination on Burundi, after a year of investigations into the escalating local violence. The violence sparked by a third term for the president has reportedly left more than 500 people dead and over 270 000 exiled.

The country’s national assembly endorsed on October 12 the government’s decision for a “Burexit”.

South Africa’s foreign minister Maite Nkoana-Mashabane signed an “Instrument of Withdrawal” on October 19 2016. The note declared its own obligations to international human rights as “incompatible” with the ICC’s interpretation.

The initiative was not authorised by parliament, which had originally endorsed the ratification. This invites legal arguments whether such withdrawal by an executive is valid. As South African justice minister Michael Masutha argued:

The implementation of the Rome Statute of the International Criminal Court Act, 2002, is in conflict and inconsistent with the provisions of the Diplomatic Immunities and Privileges Act, 2001. Heads of state enjoy diplomatic immunity against arrest.

The reasoning suggests that perpetrators of crimes against humanity are protected by immunity purely based on the status they hold. This logic encourages those suspected of such crimes to stay on as presidents-for-life, since immunity translates into impunity.

As international humanitarian and criminal law specialist, Alex Obote Odora , alerted, fact and fiction are intertwined when it comes to the ICC:

The ICC investigates and prosecutes individuals and not states or organisations. To that extent, the argument that the ICC is created to serve the political interests of major powers is a caricature. It exaggerates certain features of the international court and underestimates the extent to which the court has made international criminal justice relevant and accessible to victims of serious violations of international humanitarian law.

Victims seem to have short memories, especially when they turn into or side with perpetrators as bedfellows. Blaming others for double standards, they do not see the beam in their own eyes.

States and policy makers who lower their levels of advocating human dignity and rights compromise justice for the sake of convenience. They have often forgotten that their own struggles benefited from uncompromising solidarity from those who stood up for what is right in the face of what is wrong. This is never missing from the official rhetoric when it comes handy.

At the UN General Assembly, Namibia’s Geingob on 29 September 2015 stated:

Namibia is a Child of International Solidarity, midwifed by the United Nations. As Namibians, we are both grateful and proud of the support we received from the international community, through the United Nations system, during our struggle for Independence. Africa has turned a new leaf, bidding farewell to the days of Coup d’états and embracing electoral democracy. We as Africans, through the African Union, have ostracised those who come to office through unlawful ways.

And on the occasion of his farewell speech to then new chairperson of the African Union Commission, Nkosazana Dlamini-Zuma, South Africa’s President Jacob Zuma reiterated in Parliament in September 2012:

We will step up our efforts, working with sister nations within the AU to prevent wars, genocides and crimes against humanity in this continent.

For South Africa under its democratically elected government solidarity with the oppressed was initially a core issue. The country’s first democratic president Nelson Mandela declared in 1993 that “human rights will be the light that guides our foreign policy”.

Betraying millions of victims of the gravest human rights violations and undermining the international justice system.

The country also betrays its own history. After all, the global community once took a firm stand that the racist minority (apartheid) regime was a crime against humanity. But perspectives and policies change when the former oppressed occupy the seats of power and rub shoulders with others who use such power purely for their own interests. The rule of law, as this case once again documents, turns all too easily into the law of the rulers.

This article was originally published on The Conversation. Read the original article. 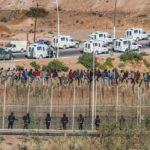 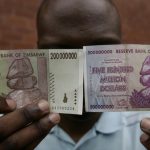