There has never been a better demonstration of the idiom “cook your own goose” in South African politics than President Jacob Zuma signing off on the terms of reference for the judicial commission of inquiry into state capture. 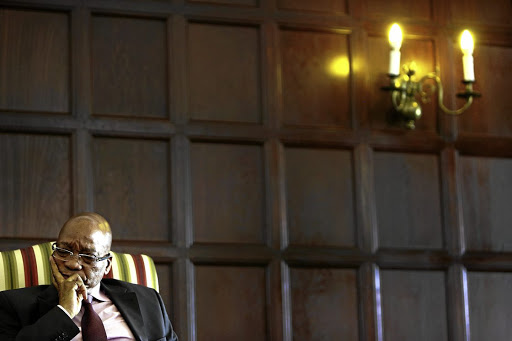 After years of refusing to explain his relationship with the Gupta family and their influence over his decisions, Zuma has now authorised a judge to investigate precisely that.

In order for Deputy Chief Justice Raymond Zondo to probe what is set out in the terms of reference gazetted on Thursday, the president will have to appear before him to explain, among other things, how he made cabinet appointments. The judge has to investigate whether there is any truth in the allegations by former deputy finance minister Mcebisi Jonas and former ANC MP Vytjie Mentor that they were offered cabinet positions by the Guptas.

The terms of reference state that Zondo should also probe “whether the appointment of any member of the national executive was disclosed to the Gupta family or any other unauthorised person before being made; and if so‚ whether the president is responsible for such conduct”.

This means that there will finally be a proper interrogation of the circumstances around the firing of then finance minister Nhlanhla Nene and appointment of Des van Rooyen in December 2015. The terms of reference are also broad enough to include last year’s controversial midnight cabinet reshuffle in which Pravin Gordhan and Jonas were removed from the finance ministry.

Up to now, Zuma has refused to explain the motives behind the disastrous reshuffle, citing presidential prerogative to appoint and fire whomever he likes. But now, under oath and cross examination, Zuma will have to explain the events of that fateful week in March 2016, including his reliance on a dubious “intelligence report” on Gordhan and Jonas.

The commission of inquiry into state capture will probe whether President Jacob Zuma, government ministers or staff from state owned entities were …

The terms of reference covers the spectrum of issues covered in former public protector Thuli Madonsela’s “State of Capture” report.

This includes whether there were “any irregularities‚ undue enrichment‚ corruption and undue influence in the awarding of contracts‚ mining licences‚ government advertising in the New Age newspaper and any other government services in the business dealings of the Gupta family with government departments and SOEs”.

The scope of the investigation means that the inner workings of the Gupta empire and the role of the president’s son, Duduzane, will finally be cracked open.

The only clause in the gazette that would allow the Guptas to argue that there was a malicious agenda against them is the one that asks whether “any member of the national executive including deputy ministers unlawfully intervened in the matter of the closing of banking facilities for Gupta-owned companies”.

Madonsela had investigated whether Zuma and members of his cabinet “improperly interfered” in the relationship between Gupta-owned companies and the banks that closed their accounts. Zuma did not respond to questions from Madonsela in this regard.

The phrasing of the terms of reference on this issue appears to focus on interference to get the accounts closed rather than the intervention by, in particular, Zuma and Mineral Resources Minister Mosebenzi Zwane, to pressurise the banks.

The gazette states that the terms of reference might be added to‚ varied or amended from time to time and that all organs of state are be required to cooperate fully with the commission. This means that any state official could be called or volunteer to testify on their knowledge of state capture.

A key appointment to the commission will be the evidence leader as he or she will determine the line up of witnesses and have first bite at questioning them.

Now that the scope of the inquiry has been determined, Zuma, his son and the Guptas had better prepare for their moment of reckoning.