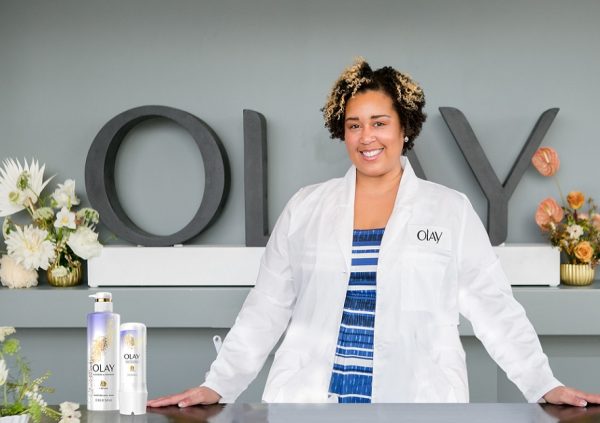 Dr. Maiysha Jones wants more women of color in STEM because growing up she had no one to look up to other than her drive and love to be a scientist. Many of the beauty brands produced by Proctor & Gamble (P&G) have passed through the hands of Jones and her team.

Jones is a Senior Scientist and Senior Scientific Communications manager for Olay Body and many other P&G personal care brands and she is great at her job. She knew she wanted to be a scientist but not the type in laboratories but one that worked in applied sciences.

“You’re going to be a scientist one day,” were the words of one of her teachers who noticed very early on that Jones had a knack for sciences. She admits her curiosity was through the roof as she wanted to know the way things worked and the science behind their existence.

However, she never thought of herself as a scientist until about the 10th grade when she realized no other career would serve her and make her fulfilled like one in science.

She put in the needed work, taking, and acing all the AP classes. She said actively participating in numerous extracurricular activities opened her eyes to the many ways in which science can be applied.

ALSO READ:  Sperminator! How Black Women are Queuing up for This Guy’s Sperm

While in college, Jones decided to do her research work on a topic that will have a direct impact on the lives of people. She took on an internship with P&G not long after enrolling in graduate school. Applying for her first job at P&G as a microbiologist, they knew her work ethic and her contributions to the company.

“I believe three things drove me to be considered for the job at P&G,” she shared. “The contributions I made to my field as a grad student, the trust that the Research Fellow had in my doctoral training, and the first-hand knowledge [they] had of my work, my values, and my growth potential.”

Being Black and a woman has never prevented Jones from staying true to her passion as a scientist or stopped her from contributing her quota scientifically to the brands she works with. It is that sort of example Jones wants to set for the new generation of scientists.

“Black women bring a unique perspective to the STEM fields, and our voices need to be among those making decisions about the direction of consumer product and technology development to help protect against marginalization,” she said to AfroTech.

Her latest project was with an all-female team of skin experts and they developed a new addition, Retinol, to two innovative body care products, the new Olay Body Wash and the new Rinse-Off Body Conditioner with Retinol.

Jones believes she fell into the beauty industry, but the most daunting aspect is having to work twice as hard and proving her worth as a Black woman in sciences. “As a Black woman in the sciences, from day one you’re aware that you’re the only one at the table. There’s no one else in the room that looks like you, whether you’re a woman or whether you’re a Black or brown woman.”

Aside from putting in extra work not to fit the stereotypes, Jones said she always needed to be overprepared because as a Black woman, many expect you to fail. What’s worse is the fact that there are not many role models to look up to, until recently.

“Along the way, I became the role model I never had,” she told POPSUGAR. Jones wants to be that role model because she is aware that as a woman in the sciences without mentors and role models, the passion can be squashed. Also, many people may not have the willpower she had to be successful in the field. “We need to keep pushing so that there are greater opportunities for women of color and just women in general in this space,” she said.

“I recognize the gap in women vs. men in STEM, and I know that a Black female with a Ph.D. is rare in this country,” continued Jones.

“What I have learned over time is that simply being visible to the next generation is sufficient to enable them to see what their future can look like. Telling them my story and listening to theirs…answering their questions…helping them navigate their next steps? That’s icing.” 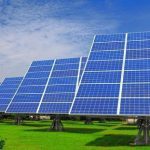 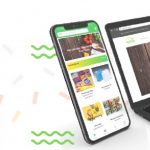