Not so long ago, Oromos in Ethiopia, despite making up the country’s largest ethnic group, were reluctant to openly express their cultural and ethnic identity.

This could go as far as avoiding speaking their language, Afaan Oromo, in public for fear of being criticised for not adhering to a national identity.

But an increasing political assertiveness over the last decade has combined with a growing cultural pride among young Oromos that is now being expressed in fashion.

This month’s annual Oromo Irreecha thanksgiving festival was seen as an opportunity to show new outfits.

In some cases, designers, like Antiko Designs, are taking familiar elements and modernising them.

The red, black and white are immediately recognisable as Oromo colours and while the men in the picture above are dressed in traditional pyjama-like clothes and head ties, the women’s long jackets are an adaptation of traditional costume.

The sticks are known as siinqee, which are part of a custom that helps protect women in the community.

These clothes by Kush Design see traditional Oromo patterns and colours put in new places, such as the cuff and across the body.

Photographer Elias Badhaasaa was keen to capture these images as a way to get his culture more widely known.

“I was seeing other ethnic cultures being photographed and documented and not ours,” he told the BBC.

“Therefore, I started asking myself, why are we not promoting ours? I want us to be visible in the Horn of Africa and beyond.”

Oromia covers a vast swathe of territory across Ethiopia and contains many traditions within it.

In the picture above, the women are holding baskets from eastern Oromia, but the ties around their dresses, designed by Yoomiyyuu Cultural Clothes, are from the southern part of the regional state.

The Irreecha festival normally attracts millions of people, but this year, because of coronavirus restrictions, the numbers were more limited in the capital, Addis Ababa.

This was only the second time the festival was held in the city, reflecting its growing national profile.

The woman holding the siinqee in this image is wearing a more traditional Oromo outfit, but there are some details on the clothes of the women near her which are newer.

One striking element is the addition of the sacred Odaa tree which has become an Oromo emblem.

Four years ago, tragedy struck the festival when at least 55 people died in a stampede triggered by clashes between police and demonstrators. Rights groups put the death toll in the hundreds.

This was as a wave of protests by Oromos, who had long complained of politically and economic marginalisation, was building.

There has been a political change since then with the coming into power of Prime Minister Abiy Ahmed – who is himself Oromo – but tensions remain.

The campaign for Oromo rights has been supported in the diaspora, especially in the US.

The trend for adapting traditional clothes has also reached there as can be seen in this photograph from RedFox Apparel, which was taken in Minnesota.

Upcoming designer Senakebeki Girma, 27, describes the change in attitude towards Oromo fashion as “unbelievable” explaining that “people are becoming more proud of their identity”.

She now wants to see elements of Oromo traditional clothes in everyday wear instead of only on special occasions.

All images subject to copyright. 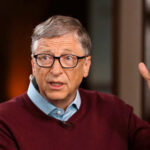 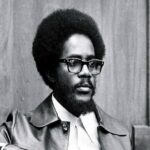