Going by history, technology has been a major driver of human progression. The agrarian revolution finished over 50 centuries of a hunting-gathering way of life and introduced populace development, urbanization and the improvement of information and administration instruments, for example, composing and majority rules system. In only 2 centuries, the industrial revolution globalized the economy, with new types of vitality, association, generation and conveyance abilities; impelling industrialized nations into a brilliant time of success. Be that as it may, it additionally controlled slave exchange, colonization and two World Wars.

For the past few decades now, the digital revolution has made it possible for companies such as WhatsApp and Snapchat to reach billion dollar market valuations within 2 years and a few dozen staff, something that used to take the best companies of the industrial revolution 20  years and hundreds of thousands of staff to accomplish. Today, the world stands at the cusp of the 4th industrial revolution, with the rapid convergence of technologies in the digital, biological and physical domains.

From the onset of the agrarian revolution in 10,000 BC, it took 6,000 years to double the world’s GDP. When the industrial revolution kicked in at around 1760, it took less than 100 years. With the computing revolution around the 60s, the time was reduced to less than 15 years. The 4th industrial revolution –digitally smart factories, cities and entire economies connected to the Internet– has demonstrated that the rate of change will continue to accelerate.

Africa has essentially missed the opportunities of the second and third industrial revolutions. The continent is home to 16.3% of humanity but home to less 1% of the world’s billion dollar companies and only about 4% of  global GDP. Africa cannot afford, nor does it have to, miss the possibilities of the 4th Industrial Revolution.

Here’s an example of what needs to be done. In 1994, MTN Group, a telecoms operator, was born in South Africa, while at the same time  Amazon was born in the United States. 25 years later, MTN is among Africa’s top 5 companies valued at $9B (as of Sept 2018) while Amazon became the world’s second trillion-dollar company this year after Apple. What made Amazon grow 100 times faster than MTN? MTN operates a product-focused, linear business model in 24 different, low income markets, with different policy and regulatory constraints. 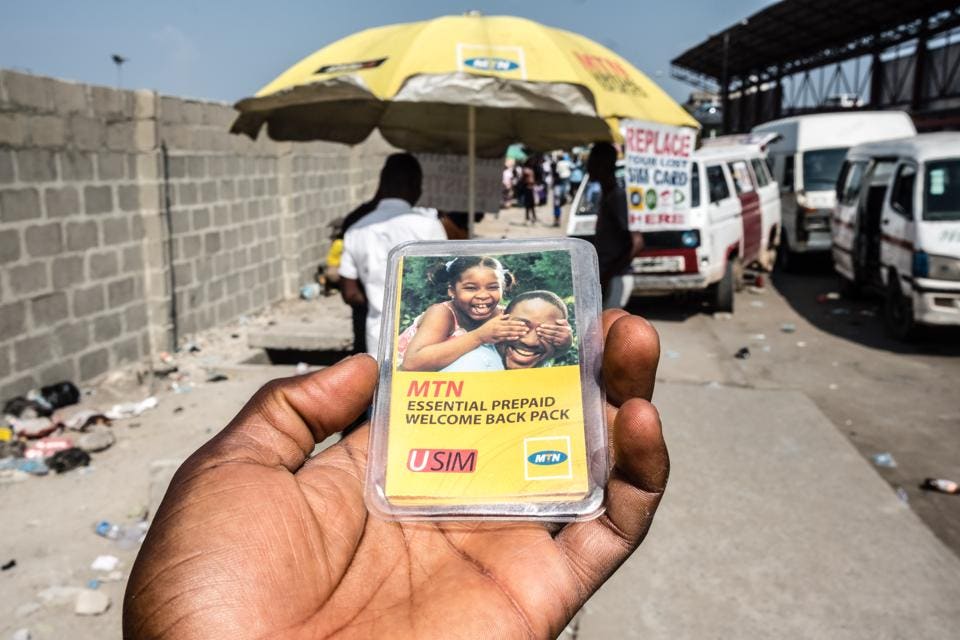 Amazon, on the other hand, is a customer and data driven company navigating a virtual, unregulated global market.  For Africa to be part of the next generation of unicorns, she has to offer local innovators a single digital home market of 1.2 billion consumers, before they can dream about conquering the rest of the world. The signing of the Continental Free Trade Area in March this year and the launch of Smart Africa 5 years ago are steps in the right direction. Their promise needs Africa’s collective action to be brought to life.

By 2030, Africa will have the world’s largest potential workforce. What if every one of them was connected, digitally skilled and an empowered digital consumer and/or producer? Africa needs to decisively shift her focus from natural resources to “data as the new oil”. This year, the world reached a  milestone of 50% of global the population being online. Africa’s internet penetration remains below the average, at 31%. We are living in a “connected world” and those who are not connected are relegated. Every job of the future will include a digital component and Africa’s workforce needs to be prepared accordingly.; Ensuring that everyone is online equalizes the journey to success which was previously restricted by access to physical resources.

Empower the Next Generation

Africa’s young generation is connected, confident and curious. It is ready to compete globally and create a whole new economic ecosystem. All it needs is an enabling environment and an unrestricted access to capital and markets. Earlier this year, young university students from Senegal won a global innovation contest run by Ericsson by creating a VR headset that allows students to complete science lab experiments through VR without the need of constructing a laboratory or buying equipment. All this generation needs is to be online and access funding to create the next wave of companies that will innovate Africa’s way out of poverty.

When the first drone delivering emergency blood was launched in Rwanda in October 2016, the initiative was hailed globally as a major advance in how a combination of flying robotics and artificial intelligence can help saving lives. The time to deliver life-saving blood and other medical supplies in Rwanda was reduced from an average of 4 hours to 15 min. What was not fully appreciated was the work that had to be done at institutional, policy, legal and regulatory levels to integrate the new technology into the existing medical supply chain and to allow drones to share Rwanda’s air space with commercial airplanes safely. I witnessed first-hand how introduction of technological change pushed people out of their comfort zones and their instinct to resisting change.

The amount of data, information and knowledge available to humanity is on an exponential increase –, doubling roughly every two years.  Anyone in Africa with a smart device can access this universe today. We live in a world of abundance, but the analogue and linear economy of the last century has created a perception of scarcity as well as governance structures and physical infrastructure to sustain it. Uber and Airbnb proved that there is excess capacity in public transport and accommodation globally. A billion people are not hungry because of shortage in global food supply –but because of distribution. The technologies to solve the global energy crisis from renewable and affordable sources is here today. Africa has the advantage of not having many of the legacy structures created by the linear economy. Leapfrogging is possible but it needs to start with a change of mindsets and exponential thinking.

Africa’s digital transformation is underway and it’s unstoppable. SMART Africa Member States, their Private Sector and civil society partners are working to ensure that everyone is connected, affordably. Innovation hubs and tech entrepreneurship labs are sprouting daily across Africa, making the continent a “Start-up Nation”. Policy makers and Regulators have understood the need to unlearn the old ways of doing business and learn afresh how to enable the 4th industrial revolution. The time to join Smart Africa and be part of the movement is now.