A 32-year-old woman identified as Grace Nyaguthii, who recently walked out on an abusive relationship and took her 4-year-old son with her, has narrated her bitter encounter from her bed at the Nairobi Women’s Hospital, with her eyes swollen shut after she was stalked and beaten to a pulp by her ex, saying that she never expected to find herself in a hospital.

“It wasn’t the first time; I had left before, but was sweet-talked into returning. I did so mainly because of our child. I did not want my son to grow up without a father. But the breaking point came when I realised there was more harm being done when I saw he was fearful in his own home. But leaving hardly ever gives one a clean break.”

According to MediaMax Network, weeks, months, and even years later, Grace was still dealing with her ex, who was still calling her and showing up at the places she would go.

“We both lived in South B, Nairobi, so it was easy for him to find me,” she says. In fear, Grace moved to Nanyuki town with her son to get away from him. Last year, she came back to Nairobi to start a business and the harassment continued.

“At this point, I had learnt how to deal with him. I could never tell him ‘no’ outright because it would aggravate him. Instead, when we talked I would lie and promise that one day we would reunite as a family. The guise of friendship placated him and allowed me a bit of peace.”

The situation took a bad turn last week, when in the midst of planning for her grandmother’s funeral, Boss, as he is known by his friends, found out where Grace lived.

“He came at 5.30am on the day of the burial after a night of drinking. He was to attend the funeral as well. Badging into my house, he moved around in a craze. He was surprised to see that I had moved on and was living well without him. I was in a hurry to leave as I had to go to the mortuary and told him so,” she narrates.

He responded with a hard back-hand slap.

“You’re telling me what to do because I’m in your house,” he asked her. Enraged, he proceeded to push her until she fell on her bed, sat on her chest and rained blows on her face.

“He choked me as he beat me so that I couldn’t scream, saying he was going to kill me. He kept hitting and hitting, and I realised that the more I fought to get away, the harder the blows came. So, I decided to play dead. This saved my life,” says Grace.

Contented that he had accomplished his mission, Boss ransacked her things, took the money she had and even her new clothes for the funeral, and left.

Grace on a hospital bed nursing extensive wounds, having just regained her eyesight as the beatings caused her face to swell so much, her eyes could not open, is angry, hurt, and wants justice, not just for her, but all other women who are going through what she has. 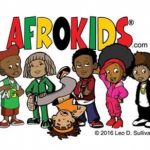 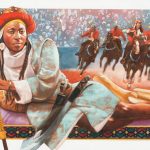