The Deputy Director of Public Relations at the Theatre Command, Colonel Onyema Nwachukwu has just confirmed that 68 Boko Haram terrorists have surrendered to troops of Operation Lafiya Dole within the last three weeks.

Colonel Nwachukwu explained that the sustained operations pushed the terrorist group to the brink of defeat with many of its foot soldiers surrendering to the Army. ‘These surrendered terrorists also reported that many of the enclaves have become untenable and life has become unbearable for the Boko Haram terrorists, owing to the blockade emplaced by troops and the sustained bombardments. Those who have surrendered and turned a new leaf are currently undergoing rehabilitation and de-radicalisation programmes organised by the Federal Government through Operation SAFE CORRIDOR,” he said.

The Theatre Command called on the remaining terrorists to have a rethink and discard the hypocritical ideologies being promoted by their leaders.  “They can surrender to any military location nearest to them; the Theatre Command assures them of their safety and well-being if they surrender willingly,” Nwachukwu said. 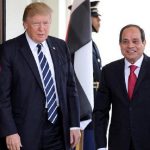