Recent history of Africa has been marked with colonization and slave trade starting way back in the 15th century. The countries involved in European trade of slavery include Spain, Portuguese, England, North America, Holland, France and Sweden. The brutal torture of the traded slaves has filled many history pages with tales of horror and cruelty.

The European onslaught of Africa started in mid 1400s. This led to many conquests over the continent with over 400 years of dark history till the time when Africa was partitioned. The 1970s saw the map of Africa transformed forever. Businessmen, traders and manufacturers found Africa as a source for raw material, cheap labor and near dictatorial policies to rule the nation. This attracted many colonizers to capture more and more of Africa.

ALSO READ:  Inspiring: Spurned by the British Army, this Black Nurse Sets Up Her Own Hospital in a War Zone to Save Soldiers

The British colonized Kenya, Zambia and Zimbabwe and South Africa. They settled and influenced local tribal life to their benefit. Roads and railways were made to enable deeper penetration into the far lands. On the other hand, the French were the second largest colonizer of Africa who overtook Algeria, West African and Northern States. The close proximity across Mediterranean facilitated the French conquest. But all these ruling powers needed local factions to help rule the states and since Africa had many tribal divisions, some tribes took advantage of this to establish their supremacy and gain advantage over the other tribes. In this way, the locals indirectly helped the foreigners to gain control.

Interestingly, after World War I, the British and the French overtook the German colonies in Africa. By the time, it was the decade of 1940s Africa was shaping up into well-defined states with a growing sense of patriotism owing to the use of colonial troops in foreign lands by the colonizers. On a whole, European hold was getting better in these decades. Second World War also saw similar situation but by now the local factions had realized the need to detach from the foreign hands and there began a series of freedom struggle and collaboration.

By the beginning of 1950s the process of decolonisation had began with Libya being freed in 1951. Though this process had already swiped through Liberia, South Africa, Egypt and Ethiopia. The momentum increased in 60s with a large part of the French ruled West Africa gaining independence. The only problem was the Portuguese who were not ready to grant independence to the states they had colonized. This lead to an ugly face of war for independence that lasted many decades killing thousands on each side.

Present-day Ghana was the first African nation to gain independence in 1957 with other African nations following shortly thereafter as an outcome of their own independence struggles. Few of the last nations to get freedom were Guinea-Bissau from Portugal in 1974, Mozambique from Portugal in 1975, Angola from Portugal in 1975, Djibouti from France in 1977, Zimbabwe from Britain in 1980. The wave of independence continued till as recently as 1993 when Eritrea split off from Ethiopia.. Since then the African Continent with its states have come a long way. Though plagued by extreme poverty, tribal divide, communicable diseases, lack of basic amenities and many other factors, the Nations in Africa have taken it in a stride and we can now witness development gaining full momentum in these states. Africa and African people are reaching the globe with their art, culture, intellect and wisdom.

It is hoped that the twenty-first century will see a change in political and economic scenario in Africa. Rapid population growth, environmental assault, and Western domination can’t be put behind but there have been some good changes like modernisation, political stability that will slowly uplift the African continent to freedom. Parts of Africa are steeped in poverty, facing famines and lack education and basic health care. African people may have many miles to walk before they can call it dawn…but the very first step has been made 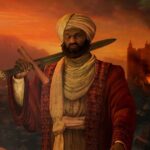 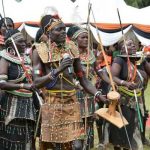