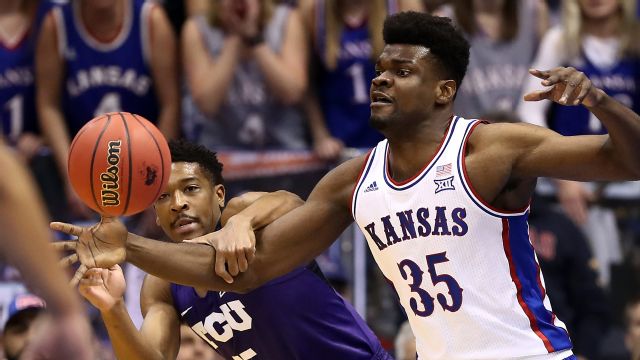 A record-high number of the 2020 NBA Draft class is made up of seven basketball players of Nigerian origin, ESPN reports.

Two of them born in Nigeria, Precious Achiuwa and Udoka Azubuike, will be in consideration for pickup by some of the best basketball teams in the world at the draft ceremony scheduled to be held on Wednesday, November 18, at ESPN’s facilities in Bristol, Connecticut.

Along with Achiuwa and Azubuike, there are also Onyeka Okongwu, Isaac Okoro, Zeke Nnaji, Daniel Oturu, and Jordan Nwora on the cards.

“I think it’s big,” Achiuwa said in a pre-Draft Zoom call with ESPN. “It just shows there’s a big talent culture in Nigeria when it comes to basketball, athleticism and athletes as a whole in general. It speaks to how competitive we are and our willingness to be better in whatever we do.”

It is a testament both to how far the Nigerian community in the USA has come, and how much basketball has grown back home.

In 1984, when Akeem Olajuwon was drafted number one overall to the NBA – ahead of even Michael Jordan, he was the lone Nigerian, nay African, in that Draft Class.

It took another 10 years before the NBA drafted another player of Nigerian descent when the New Jersey Nets picked up Yinka Dare from George Washington, and another four years before Michael Olowokandi was drafted number one overall by the LA Clippers.

Thirty six years on from that first, pivotal draft, the 2020 NBA Draft Class — like the 2020 NFL Draft Class before it boasts the highest number of players of Nigerian origin.

Okongwu is in the conversation for not just for the top 5 pick, but could well rival James Wiseman, Lamelo Ball, and Anthony Edwards for the number one overall pick, and he is not shy about it.

“I feel like I’m higher than all of them,” he told ESPN. “I just do all the little things well. I just play basketball. I know how to win.”

Also projected to be a high pick is Isaac Okoro, the 6’6 shooting guard/small forward from Auburn.

All told, there are more than 30 current and former NBA players with Nigerian roots, including the likes of Andre Iguodala, Victor Oladipo, Bam Adebayo, and the Antetokounmpo brothers, led of course by legendary Hall of Famer Olajuwon.

Achiuwa said that it is a trend the current class will seek to carry on: “I think we have the opportunity to keep that legacy going, especially that Nigerian representation in the NBA.”

That representation has been helped in no small part by the work of a man who himself was in a similar position some 20 years ago.

Former Nigeria captain, Olumide Oyedeji was drafted out of German team DJK Wurzburg [Dirk Nowitzki played there too] and has run basketball camps every year in Nigeria for 20 straight years until this year’s COVID-19 interruption.

Over 35 000 kids have passed through the camp in those 20 years, including Azubuike.

Oyedeji, who played three seasons in the NBA, projects that the number will rise in the future and also expects the players to continue to light the way for others.

“We are a country of about 200 million people and with the way Nigerians are migrating to the USA, don’t be surprised to see 20 in the next Draft Classes in the future,” Oyedeji told ESPN.

“We already have three projected to go in the lottery this year. It is a positive thing and I feel proud. For other people back home, it is just the same way. We just have to translate it to sports development back home. And they should know and remember where they come from because it goes beyond basketball.”

Pivotal to the increase in Nigerian names in the NBA is Fubara Onyanabo, a man whom many in Nigeria have barely heard of, but has mentored a long list of players, including some currently representing in Nigeria’s national team.

Achiuwa was not shy about paying tribute to Fubura, who coached the player’s elder brother:

“He is doing a great job, advancing the game and making sure that the kids back home have a way to learn the game. He is providing resources for the kids and I think that that is absolutely big having someone that is so passionate about basketball back home. I think that is really important.”

Onyanabo, who has coached Nigeria’s national teams at various age levels, has been doing so since 2009. With no resources, he poured his heart and soul and money into running the basketball camps.

While he is gratified to see that his passion is bearing fruit thousands of miles away on a global stage, even if indirectly, his priorities are set differently.

“For me, it is a passion and a calling,” Onyanabo told ESPN. “After my playing career ended, I found that although kids around me loved basketball and loved watching the NBA, they did not have the right skills to play, so I decided to start training them.

“For me, it is not about talents that are exported outside Nigeria. It is the ability to keep these young people busy and channel their energy towards positive and productive ventures here in Nigeria. My fulfilment is the ability to put smiles on the faces of these kids. They don’t pay to learn or play basketball. We just want to keep them happy and away from trouble.”

Along with the Nigerians in the Draft Class, there is also some other history to be made at an African level.

The Draft also includes Mamadi Diakite, who was born in Guinea, Paul Eboua, born in Cameroon, Karim Mane and Lamine Diane, both born in Senegal. If they are all drafted it would break the record for the most players to be drafted from the continent. Four were drafted in 2016.

Whatever happens, Oyedeji has some words of advice: “The work starts when they are drafted. They have to be ready at all times, even if they are on the bench. Always be ready to be the next man up.”