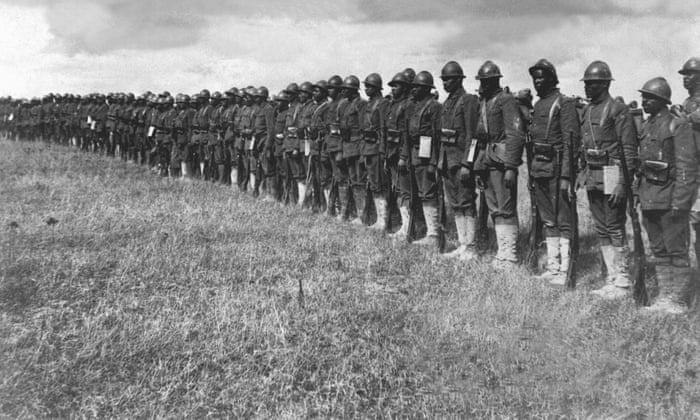 Scholars of political history note that one of the more insidious aspects of imperialism, as conducted by Westerners or even in the Far East, was the usurpation of the labor of the subdued for purposes that have nothing to do for their good.

Indeed, it is war that tends to require much of the manpower that is secured by imperialists through force or by forging asymmetrical relationships. And in recent memory, very few places bear the marks of such devastating ideology like the Horn of Africa under the siege of Italian imperialism.

A curious benefit of doubt Italy historically receives is that, often for laypeople, there is usually the assumption that the Italian state has existed as long as, for instance, Great Britain or even France. This is a benefit of a doubt that stems from an uncritical appreciation of Europe as a collection of “core countries” in the sense of a world-systems theory.

As a matter of fact, the United States is older as a polity than anything resembling an Italian state. It was in 1815 that Italian regional monarchs and nobility started national unification, a process that is thought to have been finalized in 1870 nearly 100 years after America had declared independence from Britain.

Yet when the Kingdom of Italy was founded in 1861, it quickly joined the scramble for Africa which Western historians prefer to officially mark from the Berlin Conference even though there is enough evidence to suggest that Western powers had “unofficially” been carving up the continent before 1884.

The Italian imperialists were late to the party, however, they were motivated in ways similar to other 19th century Europeans. The maximization of territories was important not only for economic impetus but as learned throughout history, wars against external peoples tend to bring a nation together.

For further clarification of the usefulness of war to politicians, one may refer to George Bush Jr.’s approval rating in the immediate aftermath of launching wars against Afghanistan and Iraq.

The two-term prime minister of Italy and statesman Francesco Crispi was one of the most prominent supporters of Italian imperialist adventures that took them to north Africa and the Horn of the continent. Before the world would speak of Benito Mussolini’s adaptation of the Latin phrase mare nostrum (Our Sea) as a fascist rallying philosophy, Crispi and his predecessors had already laid the foundation of Italian hegemony by tapping up the greatness of ancient Rome from which they claim a sense of superiority, and one would argue, the right of conquest.

ALSO READ:  Nelson Mandela was Sentenced to Life Imprisonment on this Day in 1964

It was not until 1886 that Italy would lay claim to its first territory in Africa, the area of Massawa in modern Eritrea, through an understanding with the British. This was even after France had brushed aside Italy’s request of sharing Tunisia, an area that was home to a lot of Italians since the 17th century.

Annexation of Massawa meant that Italy prevented the expansion of French Somaliland, probably as payback for Tunisia. But the Kingdom of Ethiopia was also effectively landlocked by Italy’s annexation.

From Massawa, the Italians plotted how they could secure the entirety of the Kingdom of Ethiopia. The kingdom had not been awarded to any European power during the Berlin Conference out of what some historians say was deference to Ethiopia’s very intimate connection to Christianity.

Italy’s covetousness led Crispi’s immediate predecessor Agostino Depretis to declare a war of invasion against Ethiopia in 1887. However, the Italians called off their attack after it became clear they had underestimated the strength of the African kingdom.

But in what was called the Battle of Eritrea, Italians conscripted into their fold, native Eritrean men who would have otherwise been seeing to their lands and families. These Eritreans were among the casualties as Ethiopia shut down the invading Italian contingent.

Subsequently, Crispi, in 1889, signed the Treaty of Wuchale with King Menelik II of Ethiopia. While the Ethiopians believed this was a peace treaty, according to the Italians, Wuchale was an agreement that ceded a portion of Ethiopian land around Massawa to them.

The misunderstanding between Italy and Ethiopia broke out into a full-blown war in 1895, a conflict now known as the First Italo-Ethiopian War. This time too, the Italians forced the Eritreans they had colonized onto the battlefield.

After the decisive Battle of Adwa in 1896, nearly 10,000 of Italy’s soldiers were killed by Ethiopians. The bulk of them had been Eritreans.

Italy would again call on its African contingent in 1935 during the Second Italo-Ethiopian War which featured tens of thousands of Eritreans fighting under fascist Italian command. In 1940 too, the Eritreans were essential for the Italian conquest and annexation of British Somaliland.

After 1941, many Somali men also become part of the Italian colonial army.

If it appears Italy annexed these territories and created soldiering regiments for the cause of territorial aggrandizement solely, it is because that is exactly what a fascistic leadership would do. The relationship between the African men and the Italians was one in furtherance of Italian imperialism by the means of militaristic utility.

They called the Eritrean and Somali soldiers Ascari, after the Arabic askari which means ”soldier”. By some counts, two out of three of the total Italian troop population in Africa prior to World War II were either Eritrean or Somali.

The Ascari were also part of Italy’s World War II contingent, fighting the ground battles in those that happened on the African continent.

One of the under-discussed legacies of Italian colonization in the Horn of Africa is that Eritrean nationalism grew momentously in hand with pseudo-Italian identity. Indeed, Eritreans were perceived by Ethiopians as the henchmen of Italy, a sentiment that lives on.

The Ascari were disbanded after 1941 but as recently as 1992, a former Eritrean Ascari in his later years took up arms to join the Italian unit that was on a UN mission during the Somali civil war. According to this man, the need to join the unit stemmed from the fact that he had sworn himself to “Italy, to the King and to the Duce (Mussolini).”

The nature of Eritrea’s war of independence from Ethiopia also gives credence to the love lost, fomented by Italian colonial and imperial interests, between the two states. Hamid Idris Awate, dubbed Father of Eritrea, was a former Ascari who did not fail to incite soldiers to action by referring to decades-long problems of identity. 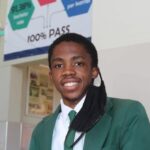 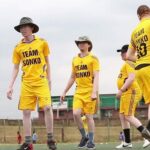