Hillary Clinton on Wednesday released more information about her medical history after the announcement on Sunday that she was diagnosed with pneumonia and amid a flurry of questions about her health overall.

The statement said that a recent physical “was normal and she is in excellent mental condition.”

In a letter released by the campaign, Clinton’s longtime physician, Lisa Bardack, who visited with Clinton at her home on Wednesday, said Clinton’s pneumonia diagnosis on Sept. 9 started as a “low grade fever, congestion and fatigue.”

Bardack wrote that after Clinton’s travel, which included numerous flights on her new campaign plane, her congestion worsened and she developed a cough, evidenced by a coughing attack during a campaign rally in Ohio on Labor Day. When Clinton returned home to New York, her doctor performed a CT scan, which revealed pneumonia.

Bardack added that she has evaluated Clinton several times since she became “overheated” at a 9/11 memorial ceremony and that she is “recovering well with antibiotics and rest.” Clinton currently takes a handful of medications, including for her thyroid, and Bardack said “she continues to remain healthy and fit to serve as president of the United States.”

According to the letter released today, Clinton’s lab work was normal, she has a blood pressure of 100/70 and has had a normal mammogram and breast ultrasound.

Bardack also revealed that in January as Clinton was campaigning before the Iowa caucuses, she developed a sinus and ear infection and had a tube placed in her left ear to help drain fluid from her middle ear. Clinton reported having “significant improvement in her symptoms” since this procedure.

The release of this information comes three days after the Democratic presidential nominee, 68, abruptly left a 9/11 memorial ceremony in New York City. Her campaign initially said her early departure was due to her being “overheated.” However, after video surfaced showing the former secretary of state struggling to walk, the campaign revealed she was diagnosed with pneumonia on Friday.

The statement released today said a chest CT scan was performed on Clinton last Friday, the results of which revealed pneumonia. The statement said that this is a noncontagious bacterial pneumonia and that she was treated with Levaquin, which she has been advised to take for 10 days.

Clinton’s campaign, in an attempt to downplay questions over her health, insisted recently that the presidential nominee has “no other undisclosed condition” and promised to release more information about her medical records.

Last summer, Clinton released a two-page statement from Bardack, saying “she is in excellent physical condition and fit to serve as president of the United States.”

The statement also said Clinton has no lasting effects from a concussion she suffered while serving as secretary of state in 2012, backing up statements that she has made in the years since the incident.

Clinton, following her doctor’s advice to rest and modify her schedule this week, canceled her plans to campaign on the West Coast and has remained at home in Chappaqua, New York, since Sunday.

She is scheduled to return to the campaign trail on Thursday, with a campaign event in Greensboro, North Carolina.

Asked during a phone interview with CNN’s Anderson Cooper on Tuesday why she did not reveal her pneumonia diagnosis before Sunday, Clinton explained that she just “didn’t think it was going to be that big a deal.” 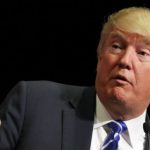 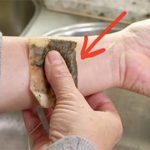