In her first speech as Ethiopia’s new president, Sahle-Work Zewde highlighted the importance of peace, unity and empowering women as pillars of development.

Zewde, who is being lauded for making history as Ethiopia’s first female president, resigned her job as the special representative of the United Nations Secretary-General to the African Union to take up her new role.

While the presidency in Ethiopia is largely ceremonial, with executive power vested in the prime minister, Zewde who is now Africa’s only female head of state, is expected to play a significant role in pacifying the restive East African nation.

The absence of peace victimises firstly women, so during my tenure I will emphasise women’s roles in ensuring peace and the dividends of peace for women.

We now highlight three key issues that Zewde addressed in her inaugural speech.

Zewde started off by paying tribute to the outgoing president Mulatu Teshome, who served in the position since October 2013.

“Mulatu has shown us the way for change and hope, he has shown life continues before and after leaving power. I call on others to heed his example and be ready for change,” she said.

Mulatu in his final speech to parliament had commended the reforms that have been championed by the prime minister Abiy Ahmed over the last six months.

The president of Ethiopia serves a maximum of two six-year terms.

Zewde, who is a vocal advocate for empowerment of women was quick to use the historic occasion to highlight the need to ‘build a society that rejects the oppression of women’.

“If the current change in Ethiopia is headed equally by both men and women, it can sustain its momentum and realise a prosperous Ethiopia free of religious, ethnic and gender discrimination,” the new president said.

Abiy last appointed a slim cabinet that was applauded for handing 10 out of 20 ministers to women, including the defence and newly-created Ministry of Peace, responsible for police and domestic intelligence agencies.

“The absence of peace victimises firstly women, so during my tenure I will emphasise women’s roles in ensuring peace and the dividends of peace for women.”

68-year-old Sahle-Work, who was born in the capital Addis Ababa and attended university in France, is a veteran diplomat who has served her country with distinction.

Fluent in English and French as well as Amharic, Ethiopia’s main language, she has been Ethiopia’s ambassador to France, Djibouti, Senegal and the regional bloc, the Intergovernmental Authority on Development (IGAD).

Many, therefore hope she will play a critical role in resolving ethnic tensions that have displaced over 1.4 million people this year, according to the Geneva-based Internal Displacement Monitoring Centre.

“Government and opposition parties have to understand we are living in a common house and focus on things that unite us, not what divides us, to create a country and generation that will make all of us proud,” she said.

Abiy has championed political reforms since he took office in April, including recahing out to opposition political parties and pledging to organise a credible election in 2020. 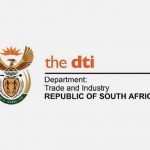 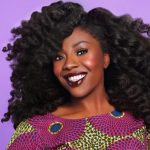