There are lots of reasons to love someone and same as there are numerous to hate, well it is about the person but it real revelation for some people that some of countries exist in the world have been hated by people.

In fact it is not necessary that hate is cause of any bad or evil thing but sometime positive thing in you also become the reason of other hate.

There are countries on the world map that are being hated by different positive reasons including being most influential, powerful, commanding and other such elements while negative things like violence, brutality, terrorism, hypocritical role and government inference to other nation’s affairs.

China is one of largest country by population and top ranked nation for highest execution rates per year, best known for its low cost exports in almost every country of the world from United State to Japan and Asia to Norway.

These low cost products may include medicine and food material that can cause deaths due to fake and bad things used to make it at lower price. The largest oil producing country in world is also one of popular and powerful country just after United State and showing its power to neighboring countries to dominate them.

India is also considered as one of hated country in the world and the prime reason is that it believes on discrimination like people are configured on basis of race, color, ethnicity, religion and gender.

One of most major reason that has prominent against the country is increasing rates of violent crimes such as rape and sexual assault which left bad impression to the other tourists. India has also not well in bilateral relations with other countries especially neighboring states like china and Pakistan which also put a negative notion to the people.

United Kingdom has been hated for several reasons and foremost is its violent past that led to slavery system in the world while the Kingdom often involved in vicious activities to dominate other countries.

United Kingdom was among those countries which encouraged civil wars exploited and looted nations and demoralized many of state to sub continents, the aggressive and hostile nature of United Kingdom added it into most hated countries in the world whereas it also support discrimination and unfairness.

ALSO READ:  We will Build the Wall: President Trump ‘to Sign Executive Orders on Restrictin Immigration'

The American State Mexico is located between United State and North America, known for drug trade, violent crimes, illegal immigrations and human trafficking. These above are also the reasons of people hatred towards Mexico while government made operations against these drug dealer.

but they are strong enough that police is unable to hold them in jail. Mexico is also one of dangerous states in America for being biggest dealer of drug trafficking in all of connecting States.

Japan is best known for its technological advancement and progress in the world and considered as one of leading nation in the path of high-tech products. The country has also named as one of most beautiful country in the world but on same node that nation is among world’s hated nation.

The hate began with history of Japan consist of destructive conflict with China, though Japanese aren’t now being involved in any such activities but Chinese being the most populated state still hate the country due to past aggression.

Germany is the Hitler’s nation and this is more than enough to hate to state, the criminal violence of General Hitler who left no stone unturned to demolish the other country and his hands were full of bloodshed of millions of people including most of civilians.

The country has been also added in the list for their fatal role in World War I and II, however, the country is now considered as one of successful and developed state in the world but the past didn’t left it yet and hatred is still with the nation.

The list of countries to hate Russia is too long but European countries becomes first especially the members of Soviet Union because according to them Russian destroyed their society, culture and religion.

By killing millions and humiliating many of ethnic groups the nation has emerged as superpower of world but it isn’t for long time. The top hated country is still creating conflicts between major nations of world to get advantage of that conflict which absolutely very beneficial for Russia at that time.

North Korea stands among the hated countries because of its conflicts with other states in the world especially neighboring countries while North Korea often threaten the whole world against nuclear war.

In fact many of citizens also didn’t like some to government measures to become a nuclear power but giving their resident poor life and low living standards. The aggressive and violent approach of North Korea is ridiculous and didn’t like by any of country in the world pushing it to world’s most hated countries.

The ongoing war of Israel against Palestine arresting civilians and violating human rights openly and killing Palestinians without compassion, even they didn’t kind of women and children in war zone which is quite enough to hate the nation.

The country hasn’t recognized by many of countries in the world because of its hostile and destructive nature in Palestine which is really a massacre than a war on the name of Judaism. Another reason of hatred is the discrimination that Israelis more often treat other countries as second class human and deal them as lower rank.

United States of America topped the list of being most hated by people, there is several reason of their hate one might be that America is strongest ally of most hatred nation Israel which massacred million of people in Palestine till now on the name of war.

The other reasons may include the USA government direct involvement to spoil and destroy many of countries like Afghanistan, Iraq and now Syria, the US allied forces just demolished these regions on so called terrorism which might be good in some sense but not enough that someone has open permission to kill civilian either women or children. 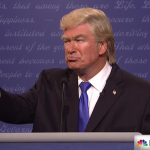 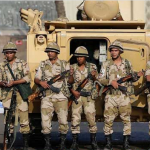