UMG’s acquisition of a majority stake in Kenya’s AI Records is the latest deal this year that indicate the music industry is beginning to recognize Africa’s potential as a music mecca and profit center.
For longtime followers of African music, the March 5 announcement that Universal Music Group had acquired, through its Dutch subsidiary, a 70 percent stake in Kenya’s AI Records, brought the continent a step closer to joining the global marketplace for music — and eventually minting international pop stars of its own.

The deal gives UMG access to one of the world’s largest catalogs of East African music and, for the Kenyan label, partially solves one of several major obstacles keeping its artists from reaching a global audience. Through UMG, AI will be able to digitally distribute its artists’ music to major streaming platforms, a boon for a label operating in a continent where Apple Music is not widely available and Spotify is not available at all. (Spotify is expected to announce its plans for launching in Africa later in 2018.)

UMG’s acquisition is the latest of a number of deals this year that indicate the music industry is beginning to recognize Africa’s potential as a music mecca and profit center, with more than half of the continent under the age of 30. In January, global investment firm TPG Growth acquired a majority stake in TRACE, a leading Afro-urban music and entertainment brand in sub-Saharan Africa that owns and operates 30 digital and mobile services and seven FM radio stations. In mid-February, Kenya’s Safaricom launched the subscription streaming service Songa, which reportedly houses a catalog of over 2 million tracks by local and international acts, and on Feb. 24, Play Africa Music, a Ghana-based online store that exclusively sells and streams African music, went live.

What the Universal-AI deal brings into tighter focus is access to an international audience. “Right now, you have some very localized services, but none that operate across borders and certainly none that are global,” says Adam Granite, executive vp market development at UMG.

“The [African music] industry is still waking up to its full potential,” says Sean Watson, managing director at Sony Music Entertainment Africa. “If you look at some of the African artists that have broken through to an extent, they have done so [through] European markets or the U.S., because we’re not fully connected to the ecosystem. Once we are plugged into the global network that digital services provide,” he says, “it’s only a matter of time before we break our own superstar.”

But before that can occur, streaming services will have to adapt to the idiosyncrasies of African markets, such as, says Watson, consumers’ preference for buying prepaid phone and data credit as opposed to long-term subscriptions. There’s also the sheer size and diversity of the place. “Sub-Saharan Africa, where we operate, comprises 900 million people and over 1,000 different languages,” says Watson. “It’s not as simple as [duplicating] what you do in South Africa in Nigeria.”

Other hurdles include rampant physical and digital piracy in many markets, plus a shortage of rights and neighboring rights collection societies coupled with little intellectual property protection for rights holders. “In some markets, we are literally explaining to artists what publishing rights are,” says Granite.

“People have been afraid to do business in Africa because they weren’t dealing with the government that was controlling the [said] country,” says entertainment attorney Joel Katz, who represented the country of Gabon in a deal four years ago with Berklee College of Music to establish the African Music Institute in Gabon’s capital city, Libreville, slated to open this fall. “The exporting of the African culture and the creation of jobs for African citizens depends upon them helping credible business people in their countries. There’s a great need to music to be heard and to be paid for in Africa.”

There’s still another challenge to consider–immigration. Randall Grass, GM of independent label Shanachie Records, whose long association with African music includes releases by pioneering acts such as the Ladysmith Black Mambazo and Fela Kuti, says his label encountered the issue first-hand when plans to bring Rayce to New York City last year to promote his album at the Nigerian Entertainment Awards were halted.

“It’s tougher than ever,” says Grass. “Immigration officials tend not to grant a visa if an artist doesn’t fit their definition of noteworthy in terms of chart numbers, sales, major press and performances at key venues.”

But if these barriers fall, Africa represents a huge opportunity. Over half of its total population of 1.2 billion is under the age of 30, and according to IFPI’s 2017 Global Music Report, streaming revenue in South Africa alone jumped from $1.9 million in 2015 to $8.1 million in 2016 — a 334.2 percent increase. Another 2017 analysis released by the technology company Muvi predicted that audio streaming in Africa will generate $88 million in revenue by 2021.

“From an A&R point of view, there’s certainly a lot of interest in Africa right now, with more people looking to generate new music and new sounds,” says Tracy Fraser, Johannesburg-based managing director of Warner Music South Africa, which launched in 2013 and has signed nine domestic acts to its roster. Its top breakout is Zahara–the biggest-selling female artist in South Africa of the past decade.

“Artists such as Drake and Ed Sheeran who are adapting African songs into their music helps establish a narrative that there is an interest in our music,” says Alexander. “For writers open to the idea of collaboration, there’s an opportunity for them to grow their audiences.”

Despite the pronounced influence of African music on American pop, few acts have made significant breakthroughs stateside. (Aside from Afrobeat pioneer Kuti and Ladysmith Black Mambazo, the latter of which gained worldwide prominence with its guest appearance on Paul Simon’s 1986 Grammy-winning album Graceland, trumpeter Hugh Masekela, “the father of South African jazz” who died in January, scored the perennial No. 1 R&B/pop hit “Grazing in the Grass” in 1968. The year before that, Miriam Makeba (Masekela’s former wife) reached the top 10 R&B single with “Pata Pata.” There’s also singer/musician Femi Kuti, Fela’s eldest son, who released No Place for My Dream in 2013 and singer/guitarist Jonathan Butler. Butler, whose latest solo set is 2015’s Free, built a solid mainstream following a string of top 10 R&B hits in the ‘80s.)

The artist who most recently made waves is Nigerian singer-songwriter Wizkid, whom Drake featured on his 2016 Afrobeat-infused single, “One Dance.” The track spent 10 weeks at No. 1 on the Billboard Hot 100, and IFPI crowned it the top-selling song of 2016.

That success led to a worldwide multi-album deal with RCA Records in 2017, but despite collaborations with Drake, Chris Brown and Major Lazer (which featured Tanzanian artist Diamond Platnumz on its 2017 dance track, “Particula”), Wizkid’s debut LP achieved modest success, peaking at No. 47 on Billboard’s Top R&B/Hip-Hop Albums chart.

While Wizkid prepares a follow-up, other African artists are working to break through. Nigerian singer-songwriter Tiwa Savage is signed to Roc Nation. Warner has high hopes for Zahara, whose latest album, Mgodi, is closing in on platinum sales domestically. Also in the wings: South African rapper Nasty C, featured on Major Lazer’s 2017 dance track “Particula,” and Tanzania’s Diamond Platnumz. And Wizkid labelmate Davido — who is a certified diamond artist in South Africa — is readying his stateside debut for an October release.

Efe Ogbeni, a member of Davido’s management team, predicts that African music will ultimately mirror Latin music’s explosive success in the wake of “Despacito.” “It’s a lot of work,” he says, “but it’s going to happen.” 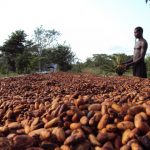 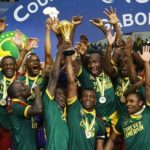