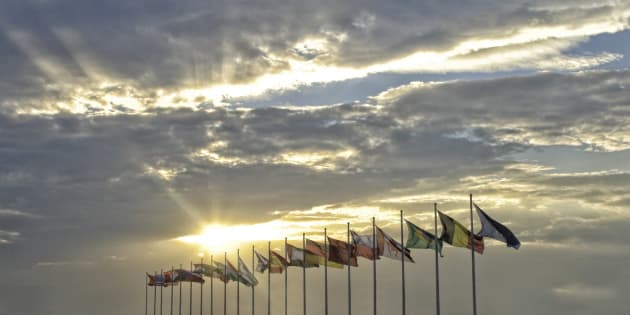 The anticipation has built up for a couple of weeks and on this day, residents of the entire town and nearby villages have gathered in the town square to finally welcome the “honourable” DCE.

The grand poobah was slated to arrive at 10am. At around 11.30am, a convoy of four luxury cars pulls up at the square, to rapturous cheers from the crowd. After a couple of uninspiring praise-singing speeches, the chief of the town makes his request known to the DCE: improvement of the bad road that he and his team have just travelled on, repair of their dilapidated school building, etcetera.

The DCE responds with audacious promises, some clearly outside his sphere of influence. He leaves to another town after being presented with a couple of gifts: the biggest sheep in the town and assorted farm produce — as “custom” demands.

For many readers, this fictionalised story doesn’t sound like fiction at all. These kinds of scenes play out around many parts of our continent daily — acted out by politicians of all grades and classes. In a broader sense, it brings into question the interplay between culture and politics; the people’s idea of public service versus politicians’ belief about the nature of their work.

It seems to me that our culture reinforces the idea that somehow, our leaders are a special breed of people, who deserve some form of worship and ego-massaging to derive some benefits from them. This explains why we give our politicians the title of “honourable” purely for winning office; a title which is supposed to be earned through dedication to a positive course of action.

We have invented a self-destructive system of beliefs that treats our public servants as if they are a special species who are above law and discipline.

One is not an honourable human being as a result of the position one occupies, but as a result of one’s actions within that position. Our erroneous idea of leadership tends to perpetuate a feeling of superiority among our political servants, which shapes the perception of the role they play.

Leadership and its perception thereof is a reflection of the attitude of the people being led. We have invented a self-destructive system of beliefs that treats our public servants as if they are a special species who are above law and discipline.

Today, the average African politician knows that the worst punishment he/she might ever receive for corruption is a couple of weeks of bad press. Our attitude as a people explains why the service-based nature of political leadership, enshrined in the idea of democracy, has been replaced by a “serve me” mentality.

History tells us that any system that rewards and “worships” people based on the positions they occupy, instead of the difference they make in those positions, erodes the essential incentive for them to act competently.

It is said that in the heyday of the Roman empire, a victorious general had a slave whose duty was to whisper the words ”memento mori” (“remember you are mortal”) during his triumphant parade through the streets of Rome. This idea inspired the general to action as a means of earning continuous praise, while serving as a reminder to remain humble.

The Israeli statesman Shimon Perez once said, “I learnt that public service is a privilege that must be based on moral foundations.” This is a brilliant way of appreciating the idea of public office: it’s a privilege and a service. It’s a privilege because it gives the servant resources, as well as the opportunity to utilise those resources in the service of enhancing the lives of those who give them their mandate.

As a society, we place so much emphasis on leadership, but not servanthood. So our understanding of the concept of service has gradually eroded. Now, everyone wants to be “the head and not the tail” –– as if the head can survive on its own.

African politicians act the way they do because we the citizens reinforce the idea that acting that way is cool.

Ask the average person their understanding of service, and at best you’re likely to get an incoherent stream of words. Service in the interest of the nation is still relevant to our pursuit of socioeconomic development; a nation cannot develop without the exertion of her citizens in selfless pursuit of public service.

A politician is not a ruler, but a servant; a servant who provides leadership in service. In another sense, politics is a “ministry” too –– it’s a calling, and those who respond to this important vocation should be prepared to humble themselves and apply their energy and intellect in the service of humanity.

A servant is not the most important person in the nation.

The “most important person” are those people in whose service the politician earns the privilege of a career. Until this becomes part of our collective consciousness, we will continue to suffer mediocrity of achievement from our politicians.

African politicians act the way they do because we the citizens reinforce the idea that acting that way is cool.