Elaine Thompson-Herah is a Jamaican sprinter and the fastest woman alive, after breaking the world record in the women’s 100m final at the Olympic Stadium in Tokyo with a final race time of 10.61 seconds. She had previously won gold at the 2016 Rio Olympics.

Born in Manchester, Jamaica in June 1992, the 29-year-old started running while in high school. She sprinted for Christiana High School and later Manchester High School. As a younger athlete, Thompson-Herah had her breakthrough when she placed fourth at the Jamaican ISSA Grace Kennedy Boys and Girls Championships in 2009.

She was recruited to the University of Technology, Jamaica after high school by Paul Francis. Under Francis’ guidance, she steadily improved her performance, resulting in her clocking her seasonal best of 11.41 seconds at the Gibson Relays. She subsequently placed second at the Jamaican Intercollegiate Championships.

Also, she won gold at the 2013 Central American and Caribbean Championships in Morelia in the 4 × 100 meters relay, running the first leg on the Jamaican team as it won in 43.58. She won her first intercollegiate title in 2014 and came in fifth at the national championships. Thompson-Herah represented Jamaica in the 2014 Commonwealth Games in Glasgow and won gold in the 4 × 100 m relay heats.

She defended her title at the Tokyo Olympics after setting a record of 10.61 seconds to beat Shelly-Ann Fraser-Pryce and Shericka Jackson as Jamaica secured a clean sweep in Tokyo on Saturday. According to Time, it was the second-fastest 100-m time in history.

“Two months ago, probably a month and a half, I didn’t think I’d be here today,” said Thompson-Herah, according to Time. “I held my composure. I believed in myself.”

Thompson-Herah’s success on the field has undoubtedly positively impacted her finances. According to Celebrity Net Worth, the Jamaican sprinter has a net worth of $4 million.

Thompson-Herah is married to former athlete and coach Derron Herah. The two kept their relationship private until they got married in November 2019. 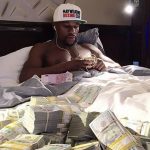 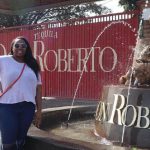