Love him or hate him — and a lot of people sure do seem to hate him — Kanye West is one of the hottest self-made, 21st century entrepreneurs. He’s risen from middle-class roots in Chicago to the top of the music industry, and then gone on to successfully leverage his fame to make big profits with business after business.

Net Worth is $130 Million and Growing

The performer’s net worth before he was married was estimated to be $130 million, and it’s only grown since. He mostly made his money in the music game, first producing and then releasing records of his own. To date, West has stacked up 12 platinum records and sold about 20 million records in addition to his tour dates, investments, and other ventures.

While most of his business deals seem to work out, Yeezie does have a few flops. One of the most prominent is his unsuccessful plan to bring California’s Fatburger chain to the Windy City. Chicago didn’t care for the burgers, and West’s planned franchise expansion into 10 locations never made it past the first three. All of the Chicago Fatburger locations are now shuttered, and Kanye lost cash on the failed venture.

Can’t Tell Him Nothing

Clearly though, Kanye’s biggest enemy isn’t his business sense, it’s his ego. He’s inspired eye-rolls and grumbles after interrupting the Grammy awards, not once but twice, in order to let the world know how much he loves Beyonce. That sort of self-confidence is great for branding when you’re young, but will people be so forgiving as the star ages and loses touch with what’s hot? Fortunately, that’s not likely to happen. Kanye wisely chose to keep himself grounded by marrying Kim Kardashian, a woman who is famous for nothing if not being calm and stable.

Kanye’s oversized ego might make the rest of the world cringe, but it’s right at home in the Kardashian family. Kanye and Kim’s lavish $12 million Paris-to-Florence destination wedding had everything you could possibly imagine and more. Kanye’s nothing if not a shrewd businessman — and a good judge of character — so the prenup leaves Kim with $1 million for every year that she can tolerate being married to a man who is essentially a walking infomercial for himself.

Since their marriage, KimYe have combined their fortunes for a total net worth of at least $155 million, depending on which report you read. The power couple is continuing to keep the media buzzing about them at any cost, showing up for gossipy guest appearances on Kris Jenner’s talk show and bringing their baby North to outdoor photoshoots at New York’s frigid fashion week.

Speaking of fashion week, Kanye’s latest venture includes a clothing line and a personalized pair of $350 Adidas trainers. Yeezy’s attempt at haute couture was widely panned as a flop by none other than acid-tongued Anna Wintour. The shoes were so popular, though, that they took a cue from their namesake and sold out as soon as they possibly could. Adidas is poised to make millions on the deal, burning through their initial supply of 9,000 pairs over the course of a weekend.

If this latest business move is any indication, the world is going to be seeing a lot of Kanye West for a very long time. Lucky us. 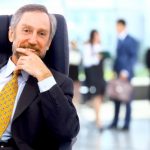 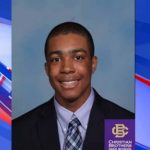