Around 650 million people in Africa live without access to electricity. The electrification rate is as low as 14.2 per cent in rural areas.

In East Africa, only 23 per cent of Kenyans and 10.8 per cent of Rwandans have access to an electricity supply. The majority of these people as a result use costly and unhealthy forms of energy.

But in the power of the sun, Africa also has the answer to this problem.

Over the last few years, the cost of solar equipment has been falling. As a result, the industry has seen exponential growth. Over US$511 million has been invested in solar firms since 2008, the vast majority of it since 2014.

Solar projects come in different shapes and sizes. In 2014, South Africa moved into the top 10 solar power-producing countries in the world, connecting more than half a gigawatt of utility-scale solar power thanks to government and private sector investment.

Further down the scale, pay-as-you-go solar companies in Africa like M-KOPA Solar, Off Grid Electric and PEG Africa have raised huge funding rounds – dwarfing those of other startups in the tech space – to roll out their offerings across more and more African countries. They are doing great work.

ALSO READ:  Access to Solar Energy Via the Mobile Phone: The Innovation of LUMOS GLOBAL

Yet below that, there has been a funding gap. How does the Stellenbosch Waldorf School in South Africa’s Western Cape, for example, or a small solar project in Matero, Zambia, raise money to harness the power of the sun and gain access to electricity?

Technology is increasingly providing mechanisms for such smaller scale investment, utilising the power of the crowd. In the case of Waldorf School, they turned to local startup The Sun Exchange, a P2P lending marketplace that crowdfunds small-scale solar projects using digital currencies such as bitcoin.

The company’s founder Abraham Cambridge says tapping into the digital currency community is an innovative way of encouraging technologically enlightened people to back vital products, and makes the process more efficient.

“This method is notorious for inefficiencies and for being drawn out and slow.”

On the utility scale, projects have been financed from institutional funds and banks. Medium-sized projects, such as those that would power schools, factories and communities, have been excluded.

“These are left unfunded as they are too big to get aid money and too small to warrant the interest of large funds,” Cambridge said.

The Sun Exchange fixes this problem by enabling commercial and community scale projects to access P2P funds on a case-by-case basis.

“Until now, this would have been impossible as getting funds into and out of Africa has been time consuming and expensive, and in a continent where corruption is commonplace, investors can be sceptical about where their money is going. This is compounded by the fact that solar projects run for decades,” Cambridge said.

“The Sun Exchange has overcome these challenges by building a platform around digital currency and blockchain. Our system allows for instant and very low cost transactions, paving the way for cross-boarding micro-investing. The block-chain offers total transparency on these transactions, giving investors the assurance that payment flows can be traced and that the record of investment is immutable.”

Such a method has proven successful for Waldorf School. In Matero, a local firm is rolling out 1,725 solar home systems in a rural community to provide electricity. They too are turning to tech to fund their project.

Swedish firm TRINE last week launched in the UK, providing a digital investment platform to help the UK public fund solar energy projects in developing countries. Its first offering is the Matero project, with users able to invest a minimum of EUR25 in the initiative. Given the long-term cost savings of solar, users of both TRINE and The Sun Exchange are likely to see significant returns.

TRINE CEO and co-founder Sam Manaberi said too little has been done to encourage investment in smaller scale solar, with around $17 trillion worth of investments needed by 2030 to keep the Paris agreement targets.

“While aid is to be commended, we believe in providing value to all involved and assisting the growth of business in the countries we work in,” he said.

“We allow people to make an impact in a very easy and flexible way. Through our digital platform they can become an investor and make an impact on people, the planet and profit. That’s the core of our business, the triple bottom line, making sure there’s a win-win in all levels of the value chain; the person who invests, the solar entrepreneur and the end consumer.”

Manaberi hits the nail on the head. With such innovative methods of funding solar projects providing gains all round, expect to see more such companies rolling out new ways of backing vital small-scale initiatives across Africa.

Tom Jackson is a tech and business journalist in Africa, and co-founder of startups news portal Disrupt Africa. He splits his time between various African cities covering the latest development in the continent’s exciting economic story. 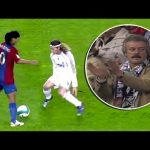 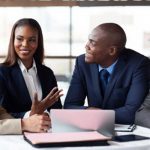