Known as “Eliminator Tango” or essentially “The Terminator,” the dreaded warlord Bosco Ntaganda appeared to be untouchable for quite a while in the Democratic Republic of Congo.

The 44-year-old, Rwandan-conceived Ntaganda wandered the nation’s war-torn east for a considerable length of time subsequent to being prosecuted in 2006 by the International Criminal Court (ICC) for supposedly enlisting kid soldiers.

Congo’s President Joseph Kabila feared that capturing Ntaganda, who had a huge number of troopers actually faithful to him, would start encourage turmoil in his officially unsteady nation.

Ntaganda’s own history is tied up with that of the Great Lakes Region of Africa, which has endured genocide and practically unending clash in the course of recent decades. Conceived in 1973 on the Rwandan side of the fringe with Congo, Ntaganda fled to eastern Congo amid assaults on his Tutsi ethnic gathering that preceded the 1994 genocide in Rwanda, in which fanatic Hutus killed no less than 800,000 Tutsis and direct Hutus in only 100 days. 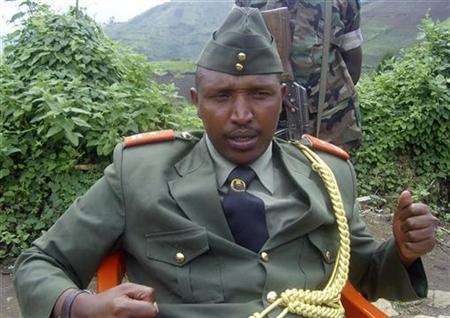 He became a soldier in 1990 in the Rwandan Patriotic Front (RPF)—led by now Rwandan President Paul Kagame —which eventually brought the genocide to an end. The RPF would later invade eastern Congo in 1996, a military action in which Ntaganda participated. He spent several years switching among various rebel groups in the region: According to a 2015 paper by the New York-based Congo Research Group, there are at least 70 armed groups in Congo’s North and South Kivu provinces, which lie close to the Rwandan border.

In 2002, Ntaganda joined the Union of Congolese Patriots (UPC/FPLC) rebel group, and it is for his time in this faction that he is facing trial at the ICC. Between 2002-2003, the UPC was involved in several conflicts in the northeastern Ituri province. Ntaganda’s charges include murder; rape; sexual slavery of civilians; and the forcible displacement of peoples. He is also accused of recruiting child soldiers to fight for the group; ICC chief prosecutor Fatou Bensouda has previously said that the Congolese ex-rebel commander is “just as dangerous as Joseph Kony,” the Ugandan leader of the notorious Lord’s Resistance Army, which has recruited tens of thousands of children to fight in its decades-long insurgency.

Besides the crimes for which he was tried, Ntaganda allegedly took part in various other atrocities. These included the massacre of 150 people in the village of Kiwanja in November 2008: International journalists filmed Ntaganda commanding troops in the village on the day of the attack, according to Human Rights Watch.

After spending the next few years in yet another rebel group, Ntaganda joined the Congolese army in 2009 as part of a peace deal, and quickly rose to become a general. He commanded a force of some 50,000 soldiers from his base in the eastern city of Goma, according to the BBC.

The soldier built up a business empire in the mineral-rich eastern Congo, which included controlling mining sites, taxing timber and charcoal production and even owning a flour factory in Goma, according to a 2011 U.N. Group of Experts report. The report estimated that Ntaganda made $15,000 per week from taxes at a single border crossing point between Congo and Rwanda: The average annual GDP per capita in Congo is less than $500.

But for Ntaganda’s alleged victims, his trial—and potential conviction—could finally bring some closure.