The Central Bank of Nigeria (CBN) decided to keep interest rates steady at 14 percent, despite calls by Kemi Adeosun, finance minister, for the opposite to be done.

For the first time in many meetings, all 10 members present had a unanimous decision on what must be done to strike a balance between curbing inflation and inducing growth.

Aside these decisions, here are five other things we learnt from the policy meeting.

“The Committee observed that total foreign exchange inflows through the CBN increased by 89.14 percent, from US$1,092.21 million recorded in July to US$2,065.79 million in August 2016,” Godwin Emefiele, CBN governor, said.

“This increase was due mainly to receipts of foreign flows within the month. Total outflows, however, decreased by 4.57 per cent from US$2,728.12 million to US$2,603.35 during the same period.”

The trend shows an increase in inflow of forex and a decrease in outflow. Emefiele expressed optimism that the inflow would overtake the outflow and reserves would begin to rise again.

During the period under review, the fuel price hike took its toll on the overall economy, leading to increase in energy prices and the prices of attendant goods and services.

“The shocks associated with energy shortages and price hikes, scarcity of foreign exchange and depressed consumer demand, among others, apparently proved to be more damaging than expected,” the committee observed.

FISCAL SIDE OF GOVERNMENT NOT DOING ENOUGH TO SUPPORT CBN

Emefiele came out to state that the fiscal side of government was not doing enough to support the CBN’s monetary policy decisions to help the economy.

“Recognising that the conditions which precipitated the current economic downturn were not essentially sensitive to monetary policy interventions, the MPC again renewed its call for urgent complementary fiscal policies to resuscitate production and engineer aggregate consumption,” Emefiele said.

“In particular, members underscored the imperatives of diversification of the economy away from oil into agriculture, manufacturing and services as well as more efforts towards payment of salaries and arrears of public sector employees particularly in states and local governments to stimulate aggregate consumption, as part of the overall fiscal policy menu kit.”

INFLATION TO DROP IN Q4

“The MPC expects that with the onset of the harvest season, the restrictive stance of policy as well as the flexible FX regime, prices will begin to taper in the fourth quarter.”

Speaking on the future of the economy, the MPC suggested that the naira would finally find a stable resting place, in the coming months.

“The current stance of monetary policy is expected to continue to help lock-in expectations of inflation which, has started to improve with the gradual return of stability in the foreign exchange market.

“In this light, the MPC believes that as inflows improve, the naira exchange rate should further stabilize.” 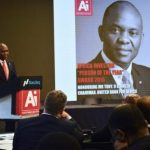 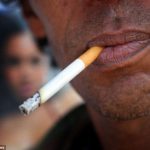