Marsai Martin is a 17-year-old American actress who broke into Hollywood after she was cast to play the role of Diane Johnson in the popular sitcom “Black-ish” in 2014. She has also starred in movies like “Lemonade Mafia”, “Nina”, “Little”, and “Fun Mom Dinner”.

The young actress’s creativity is not only limited to acting. In 2019, she produced the movie “Little” when she was only 14 years old. Aside from producing the movie, she also starred in it alongside Issa Rae and Regina Hall.

In the film, Martin plays the role of a younger Regina Hall after a little curse takes the strict businesswoman back to her little 13-year-old self. She was officially recognized by the Guinness World Records as Hollywood’s youngest ever executive producer for her role in the project.

According to Forbes, “Little” grossed $50 million at the box office on a $20 million budget, putting her into the millionaire category. Wealthy Persons estimates that she has a net worth of $1.5 million and that she made her fortune through her acting career and her role as a producer.

Besides her fairly decent fortune, Martin has won a number of awards. She won the youngest artist award in 2015 and received the NAACP Image Award in 2016. In 2018, she received the Kid Screen Award for her role in the film Melody 1963: Love Has to Win. Also, Martin received thе ВЕТ Аwаrdѕ іn thе саtеgоrу оf Yоung Ѕtаrѕ Аwаrdѕ fоr hеr rоlе іn thе fіlm “Вlасk-іѕh.”

Martin was born on August 14, 2004, and had her first taste of being on screen at the age of five when she was cast for a national commercial. At the age of 10, she was cast for the role of Diane Johnson in Black-ish and she has been rising ever since as a very talented and captivating young actress.

In March this year, she revealed through her Instagram handle that she has the green light from Disney to produce a Disney Channel original comedy series, “Saturdays”.

The 17-year-old, according to Deadline, will produce the pilot for “Saturdays” under her Genius Entertainment production company which she runs with her parents, Joshua and Carol Martin. This was after Disney ordered a single episode of the series.

With several projects along the way, the trailblazing teen said she wants the younger generation to “see that anything is possible, no matter how old you are, no matter what time, what place, it has to all start with you.”

“I hope that all the young Black girls out there really see how a change can really happen, just by being yourself, just by any imagination you have that can run wild. You only live once so go for it,” she said. 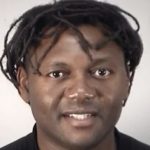 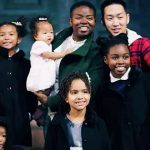