China with no iota of doubt has become one of Africa’s largest trade partners, and has just vowed an impressive $60bn (£40bn) in assistance and loans to boost development of the continent.

However, the relationship is not simply about new roads, mines and military power. Traders from across Africa now live and work in China, while tens of thousands of Chinese nationals have moved in the opposite direction.

Many different facets of life in Africa have been affected by the Chinese influence – here’s a look at some of the more surprising transactions:

In 2014, tiny Benin was the continent’s biggest importer of wigs and false beards from China. It purchased Chinese hair pieces worth $411m.

A hefty three million kg (472,400 stone) were taken to Benin, with many of those wigs then whisking their way to neighbouring Nigeria.

However surprising sales don’t just flow one way. Mauritius sent back 5,735 reptiles to China to a value of $90,000.

Kenya was Africa’s biggest importer of plastic Chinese toilet seats in 2014, spending $8,197,499 on the lavatorial thrones.

In Nigeria, China has not only been buying its oil, but also keeping Nigeria’s teeth clean.

Nigerian traders were the continent’s biggest purchasers of toothbrushes from China last year, spending a cool $9,372,920 on 159 million items – roughly one for each Nigerian. 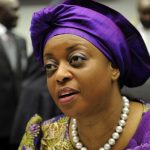 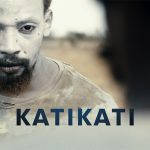