Constructing dams is a concept as old as early human civilization. However, most of the new dams are built for hydropower generation, and the old dams have been constructed to prevent flooding and provide water for irrigation in arid and semi-arid areas.

Most people believe that Africa is a poor continent.  Some of the world’s biggest dams are found in Africa on the Nile, Congo and Niger rivers. Here is a brief look at some of the largest African dams.  These are huge constructions that cost several millions of dollars.  The dams are of economic value to their respective nations.  These dams are classified regarding the capacity the water their reservoirs can hold, the height, length and width of the dam.

The article below profiles Africa’s top largest dams still in use.

The Grand Renaissance Dam in Ethiopia was known as the Millennium Dam in Ethiopia currently leads the top ten biggest African dams. It is close to the border with Sudan on the Blue Nile. Its construction began in 2011 and now produces 6,000 megawatts every year. The reservoir can retain 63 billion square meters of water making it one of the largest reservoirs on the continent with a surface area of 1,680 square kilometers. The walls of the dam are 145 meters high and 1,800 meters long.

The Katse Dam is a concrete dam shaped like an arch.  It is found on the Malibamat’so River in the Kingdom of Lesotho, and it is the second largest dam in Africa. It was built high in the Maluti Mountains and is at the heart of the Lesotho Highlands Water Project.  Katse Dam is 185 meters high and 710 meters long.  The construction of the dam ended in 1996.

The reservoir was filled with water by 1997. There are reports of induced seismicity, which means minor earthquakes and tremors that are caused by human activity that alters the stresses and strains on the Earth’s crust. Farmers too who lost land to the project have had trouble re-establishing new livelihoods.

ALSO READ:  8 Countries In Africa That Score Highest For Giving To Charity

The dam is located close to the city of the same name in southern Egypt.  The Aswan High Dam holds back 169 square kilometers of a lake called Lake Nasser. The turbines produce 2,100 MW and due to the high production capacity, the Aswan High Dam ranks as one of the Largest African Dams. It took eleven years to build and opened in 1971.  The dam also ranks among the biggest dams in the globe.

4.The Cahora Bassa Dam in Mozambique

The dam is one of the world’s biggest dams and is in Mozambique. The Cahora Bassa Dam has a capacity of 2075 megawatts and ranks after the Aswan High Dam. Most of the electricity generated is exported to South Africa. During the civil war in 1981, there was no generation of electricity for a decade.

The fifth of the top ten biggest African Dams is 350 kilometers southwest of the capital Addis Abeba.  The Gibe III produces 1,870 MW in total and is, with a height of 243 meters, the fifth largest dam in Africa. Its construction began in 2007 and was completed in 2016.  The dam has significantly improved the economy of the nation.

6.The Inga dams in DR Congo

The Inga Dam‘s are two single dams found in the Democratic Republic of Congo   Inga 1 generates 351 MW while Inga 2  produces 1,424 MW. The two dams were commissioned in 1972 and 1982 and currently operate at almost half their capacity because of poor maintenance in recent years.

The dams are in the southwest of Kinshasa and is located on the Congo River. The Congolese government plans to start an Inga 3 project, a 4,800 MW hydroelectric plant that would cost 13 billion euros.

7.The Akosombo Dam in Ghana

Another African largest dam is the Akosombo Dam. It was constructed at the base of Lake Volta, which has a surface area of 8,502 square kilometers and is the largest reservoir in the world. The turbines generate 912 megawatts, but the dam also serves as flood control. The Lake Volta itself is famous for being a hub for trade and travel.

8.The Kainji Dam in Nigeria

The dam if located on the Niger River, and is the eighth of the top ten biggest African Dams. It was built in a period of only four years and was launched in 1968. It is 65 meters high and 550 meters in width.  The dam generates a total of 760 megawatts.

Africa’s ninenth biggest dam is the Tekeze Dam in Ethiopia. Standing tall at 188 meters, it is the highest dam in Africa. However the dam has a productivity of just 300 MW, so it only generates one-twentieth of the hydro energy produced by its big brother the Grand Renaissance Dam. It took seven years to build and was opened in 2009.

10.The Bujagali Dam in Uganda

Another one of the top ten biggest African dams is the Bujagali Dam in Uganda.  The dam is situated on the Nile River near the Lake Victoria and generates 250 MW. The dam has been operating since 2012 and is the biggest hydro electrical dam in Uganda.

The construction of Karuma und Isimba, the two new dams could alter this, but it would require the resettlement of thousands of farmers and the flooding of areas that are under protection.

In recent years, several important dam projects have been commissioned across the continent some of which are the largest African dams.  The water preserved in dams are used for irrigation and generation of electricity.  The energy from dams is renewable and eco-friendly.  Dams are also control flooding by holding back water.  s Africa hosts three of the world’s largest dams. 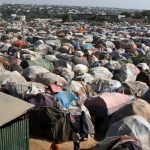 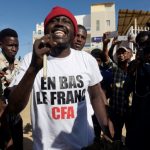