Some of them are not necessarily models of loyalty but as we say “it’s for the best and the worst”. These couples have kept the image, the strong family against wind and tide.

Angélique Kidjo, the famous Beninese singer is married to Jean Hebrail, a French musician who is also the composer of the singer.

Their story, which dates back 24 years now, was born in 1993 when Angélique moved to Paris for her jazz lessons. She meets Jean, a student in the same school.

He is one of those celebrities who managed to keep their love life private. It was at the age of 18 that Drogba met his wife, an unstable time during which he was going through his trial phase. He owes what he is today to his tender Lala.

ALSO READ:  REVEALED: Top 15 Of The Unhappiest African Countries You Need To Know!!

This couple is one of the most famous on the continent both for the notoriety of the footballer for his many infidelities. The silence about Samuel’s infidelities earned him a wedding last year in Italy after more than 10 years of cohabitation.

They met in 1975 at the institute of young blind people in Bamako. Amadou and Mariam have forged their love through music, a common passion. After setting up a band in 1980, they get married the same year. 37 years later, they are still happy with a large family of 3 children

The vocal lead of Magic System Group has been married since 2007 to Hélène Yah Aka. But they have lived together for a long time, long before the group’s worldwide success. A’salfo met his wife in her darkest moments. 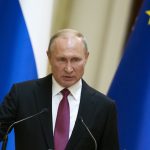