Becoming a citizen of another country may be easier than you thought. Citizenship eligibility can depend on ancestry, a valuable work trade, religion, and years lived in a country. Here are five of the easiest countries to become citizens.

After Donald Trump’s victories in the Super Tuesday primaries in 2016, American interest in emigration surged — Google even noted a spike in searches for “How to move to Canada.”

According to the Financial Times, the net number of US citizens who migrated to New Zealand in 2017 grew by 65%. Additionally, about 2,000 more Americans than the yearly average have moved to Canada since the election, Global News reported.

Becoming a citizen is easier in some countries than others. Here are five of the easiest countries to gain citizenship.

The Migration Policy Institute created a map of countries’ immigrant and emigrant populations based on the UN Population Division estimates for 2017. The results reveal that the largest number of American emigrants living abroad — 899,000 of them — are living in Mexico.

According to the US Library of Congress, people can apply for Mexican citizenship after five years of residency in the country. This period can be reduced to two years if the applicant is of Mexican descent, has Mexican children, has been married to a Mexican spouse for two years, or has contributed (culturally, athletically, socially, scientifically, artistically, etc.) to Mexico.

Applicants must also speak Spanish, prove understanding of Mexican history and culture, and give up citizenships in other countries.

The Migration Policy Institute map shows 306,000 US citizens have migrated to Canada as of 2017, making it the country with the second-biggest population of US emigrants.

To be eligible for Canadian citizenship, you must have permanent resident status and have lived in Canada for 1,095 days in the five years before the date you sign your application.

You must also meet your personal income tax filing obligations in three tax years that are within the five years before you apply for citizenship.

Lastly, how well you know Canada is important to your application of citizenship. In addition to being able to speak the native tongue of either English or French, you’ll have to take a test to demonstrate your knowledge of the country’s history, values, institutions, and rights.

As of 2017, 33,000 US residents migrated to Ireland, according to Migration Policy Institute.

Those with Irish heritage could have a leg up in gaining citizenship in Ireland — being of Irish descent has heavy pull, according to the Irish Department of Justice and Equality.

For instance, if you have a parent, grandparent, or great-grandparent who was born in Ireland, then you may be eligible for citizenship.

You can also become a naturalized citizen by living in Ireland for one year continuously, as long as you have a minimum of four years of residency accumulated in the eight years preceding your one continuous year, Investopedia reported.

You can obtain Paraguayan nationality by naturalization.

If you are of Paraguayan nationality, you can become a citizen of Paraguay after two years of naturalization.

To apply for Paraguayan nationality by naturalization, you must be an adult, have lived a minimum of three years in Paraguay, contribute to the country through your profession, trade, science, or art, and have a good record of conduct.

Although there are no restrictions on the country of origin, most Paraguayan immigrants are from nearby Brazil and Argentina, according to the Migration Policy Institute’s map.

In some cases, your religious affiliation can make you eligible to acquire citizenship. That’s the case with Israel’s Law of Return, which gives every Jewish person the “right to aliyah,” or the right to immigrate to Israel.

According to the Ministry of Foreign Affairs, any Jewish person can move to Israel and become a citizen. You may also acquire citizenship if you were born one or more parents who are Israeli citizens.

Otherwise, you can acquire Israeli citizenship through naturalization if you’ve lived in Israel for three years out of the five years before you applied, you’ve given up any other citizenship in hopes of becoming an Israeli citizen, and are planning to reside in Israel permanently. 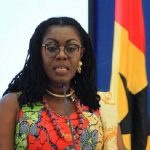