Lydia Meredith has opened up in an interview with Rolling Out about how her life was affected when her husband, Reverend Dennis A. Meredith, came out as gay.

The two divorced in 2008 after they struggled over his infidelity while they were married, but they have remained on good terms. However, she admitted that it took her years to recover after her husband left her to be with a man.

“I want to share some topics that I feel need to be addressed for women who find themselves in situations like I found myself in and to help them and to show them they can get through it.”

Meredith admits it has taken years for her to heal since her husband abandoned her and left her for a man. “I wasn’t paying attention because I am a recovering workaholic,” she defends. Lydia lived in a state of denial even though her husband was arrested for soliciting sex with a man, and sought a fellow minister to bail him out, never calling her.

She went on to admit that she missed the warning signs, saying,

“Yes, I miss[ed] them. I am not a tracker. There are some women who are investigators, who will pick up the phone if their [mate] is not home at a certain time and if they are not calling. That’s a problem. I am a professional woman working as a senior engineer for a Fortune 500 company. I was living my life, married with three children.”

“I loved my husband … I still love him. He left me for another man. He told me he wanted to live the rest of his life as a gay man. At that time, I didn’t know he was in a relationship with a man, a man that he’d fallen in love with. Most of the time when we were in therapy discussing his struggles with same-sex relationships, it was never a relationship; it was always [just] sex. This particular time it was very different. He had fallen in love with a man.”

While she was living her life, she also missed the signs that her middle son, who is now the minister of music at the church where his father ministers, is also gay.

Her husband now leads a congregation of over a thousand members, many of whom are lesbian, gay, bisexual, and transgender.

“The church needs a new kind of ministry – one steeped in the ministry started by Jesus – free of bias, discrimination, hate or prejudice,” she said. Excerpts from her book
“I was one of those preachers’ wives who sat in the pew on many a Sunday morning while my “real” life was a fraud. i discovered several years into my marriage that my husband was cheating on me–with men–numerous men. (And women too, I later found out). But I stayed. I stayed through the broken promises and the humiliation because I believed and hoped that things got better. I watched my husband stand in that pulpit on Sunday morning, preaching one message and living out yet another. I needed answers.

“I prayed my entire young life for God to send me a husband–God Always answers my prayers–why did I end up marrying a gay man?” 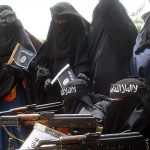 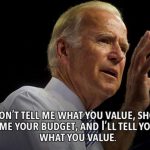