Scientists are optimistic that the world’s first preventive HIV vaccine could soon be a reality. The hope is premised on the success of a planned study, HVTN 702, scheduled to take place later this year in South Africa. The upcoming study builds on the success of two previous studies. The trial, which is the first major HIV vaccine efficacy study in seven years could lead to a licensed HIV vaccine, a giant step in the fight against HIV/Aids.

Researchers have disclosed that a trial to develop the world’s first vaccine against HIV is scheduled to take place in South Africa later this year, a major step in fight against the epidemic.

The scheduled Phase III trial aims to build on the success of two previous trials, HVTN 100 trial conducted in South Africa in 2015 and RV144 carried out in Thailand almost four years ago. The two previously studies have provided hope that an HIV vaccine could be developed sooner.

Interim results from the HVTN 100, presented at the 21st International AIDS Conference in Durban, South Africa gave the green light for the upcoming Phase III efficacy trial. A sizeable percentage of HVTN 100 vaccine-recipients showed a range of immune responses, and the strength of those responses gave scientist the go ahead to further develop the vaccine.

Commenting on the success of HVTN 100 trial, Linda-Gail Bekker, Deputy Director of the Desmond Tutu HIV Centre in Cape Town and International AIDS Society President-Elect said in a press release, “All the criteria were met unequivocally and, in many instances, the HVTN 100 outcomes exceeded both our own criteria and the immune responses seen in RV144”.

The study will begin enrolling 5,400 HIV-negative men and women at 15 research sites across South Africa before the end of 2016 and the trial will span for three years.Larry Corey, HVTN Principal Investigator, shared similar optimism that the impending study could be a ground-breaking milestone. “It is gratifying to see vaccines…meet and even exceed the criteria established to advance them into the large efficacy trial. HVTN 702 is a pivotal study that could lead to a licensed HIV vaccine in South Africa – the first preventive HIV vaccine worldwide,” Corey noted.

News of the development of a vaccine is welcome considering the high rate of new HIV infections globally. An estimated 37 million people are now living with HIV around the world and more than two-thirds (70 percent) of all people living with HIV, 25.8 million, live in sub-Saharan Africa. In 2014, an estimated 1.4 million people in the region became newly infected. 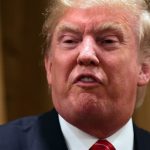 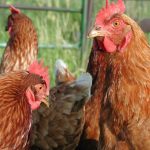