“I’m happy to return back to Nigeria as a Cyber Security and Digital forensic Tech. If anything, that’s what Nigeria needs more. We need people who are savvy and sincere in Digital Investigation, Cyber Security and Forensic computing.”

Kato, a 24-year old from the Atyap tribe in Kaduna State, personally built the robot and developed the algorithm that enabled it solved the famous Rubik cube puzzle in a manner of minutes.  But it was not an easy journey to success because he had to deal with an unimpressed supervisor and a lot of failures in the course of the project. 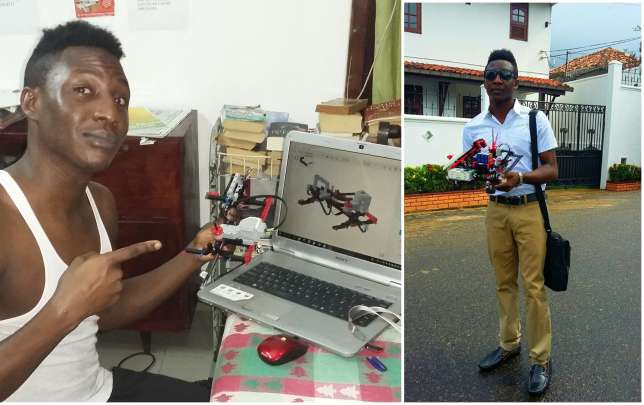 An early love for computing

I’m a self-directed learner willing to experiment with new things; with a high level of contextual and technological insight. I was a science student who loved computing and technology, I represented my school in computer competitions but I was never successful in any, and that discouraged me.

I knew I was really doing well in Chemistry, Physics and Biology, so I thought I will do well if I went after a medical career. In my final year in secondary school I became the health prefect and that confirmed to me that I was going to be a doctor.

I have received awards in sports including Athletics, Basketball, and Chess and I also won the best singer for a music competition here in Sri Lanka in 2014.

After completing my secondary school in 2009, I wrote JAMB exams twice applying for Medicine Course in Ahmadu Bello University (ABU), Zaria, but I never got admitted. I also tried the university’s remedial school and still wasn’t admitted. I then decided to change my choice of university and applied to the Kaduna State University (KASU) where I was granted the admission to study medicine. Unfortunately, on the day of my course registration I wasn’t allowed to register because I had not passed English in WAEC. So I moved on to the KASU remedial school.

It was during my remedial that I decided to try NIIT (National Institute of Information Technology) scholarship exams in which I emerged the second highest. The scholarship and that granted me a chance to return to computing. I then decided to leave the remedial school to register with NIIT to study software Engineering. After completing a year in NIIT my cousin decided to get me an admission in Sri Lanka Institute of Technology (SLIIT).

Going overseas and starting over

I left NIIT and travelled down to Sri Lanka. When I got to Sri Lanka in 2012, I started University all over again. I completed my first semester in SLIIT but I wasn’t happy in the school because they focused more on IT (Information Tech) while I wanted software Engineering. I then decided to leave SLIIT to Informatics Institute of Technology (IIT) which was affiliated to University of Westminster UK. 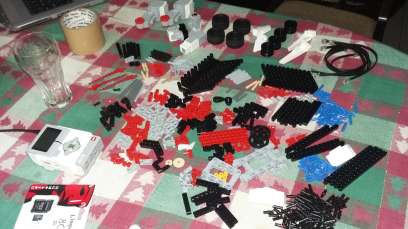 So I then started university over again, I stayed in IIT for 2 years and I completed my diploma and advance diploma. My third year at IIT required that I take an internship for a year before I complete the fourth year.  But I couldn’t take an internship because of my visa status which clearly stated that I’m not allowed to work, paid or unpaid job.

I then left IIT in 2014 to ICBT to complete my degree in software Engineering (2015 September 20th).

To be honest I didn’t plan to make the project this great. I didn’t know it will happen. I guess it’s safe to say that I randomly chose the idea for my final year project, it has nothing to do with my passion and future plans. Though  I took a module called Artificial Intelligent System while studying in the university and that module was just so interesting, I learnt some few AI languages and I was able to do a mini project called WINE QUALITY TEST software which uses and Artificial Intelligence to determine the quality of a wine drink. This software used some data set for its prediction. I enjoyed the whole development process.

Coming to my final year project we was all asked to do a software that uses AI (artificial intelligence) for predictions and solutions; that got me worried because I barely came up with an idea. So I decide to spend time making research and I came up with something. I proposed to do a robot that solves puzzles, I wasn’t sure what puzzles as I had a lot in mind but I final choose the Rubik cube puzzle. 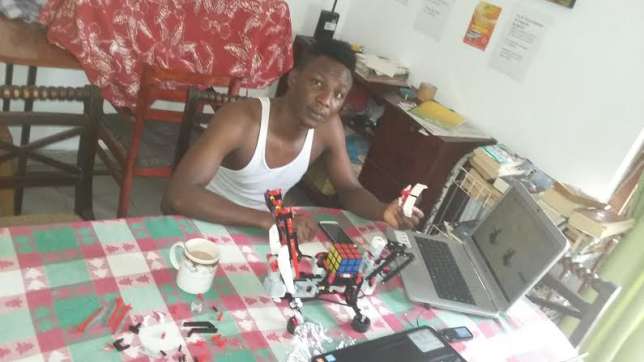 I then decide to make further research on what tools to use and I found out that there are many tools out there that I can use for a robotic design.

Building the Robot in the midst of disappointment

I then started developing the algorithm to solve the Rubik cube. My supervisor was never impressed with the progress all he cared about was to see a robot working. I spent most of the time researching and he thought I wasn’t going to make it happen.

I was able to create the algorithms that solves the puzzle. I created 16 different algorithms which served as set of skills for the robot. With these sets of skills, I used an artificial intelligence language called ‘R’ to develop a pattern for the robot to choose the best skills to solve the puzzle. So basically R was the AI part of my robot. It’s very easy to use. I also had a database where the new skills are saved. So the more the robot solves the cube the more intelligent it becomes.

I spent two nights building the robot and after completing the construction, I installed the software which serves as the brain into a memory card for testing.

My first 5 tests were a failure. The robot always shot a scanning error, and this was a week to my final submission. All I could do was pray. I didn’t know what to do again. I was confused and restless. I kept grinding and it finally started working. At that stage, the robot wasn’t intelligent enough and I had to train it to solve many puzzles to get more skills to save in the database. 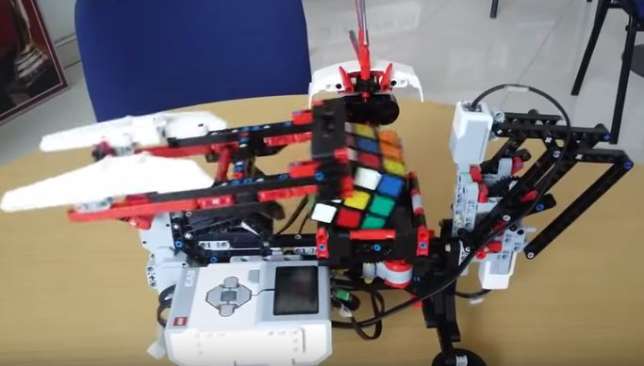 It was very hard for me because I can’t even solve the Rubik cube myself. The robot is smarter than me in that aspect.

Coming back to save Nigeria 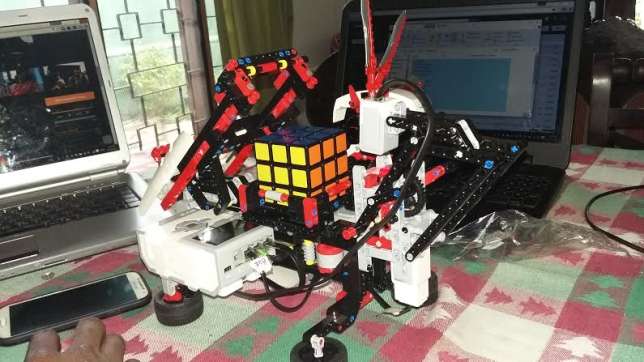 Many Nigerians have useful skills, but money determines how, where and what we use it for. My heart is to return home. To be honest I don’t have a dream of staying in a foreign country. I must tell you something I hate the fact that my current status in my life is being a foreigner. I hate the feeling that I’m not in my own country.

So I’m on a fast track back to Nigeria. Many tell me that there isn’t opportunity in Nigeria. That’s very true but I will deal with it.