Pope Francis has compared having an abortion to hiring a “contract killer”. “Interrupting a pregnancy is like eliminating someone,” Francis said in his address to worshippers in Vatican on Wednesday.

Francis’ comments departed from the prepared text for his homily delivered during his weekly audience on Saint Peter’s Square.
“How can an act which terminates a budding life, innocent and defenseless, be therapeutic, civilized, or simply human?” Francis said in his weekly public audience.

In his address, the Argentine pontiff complained of a “depreciation of human life” as he cited wars, exploitation and “a culture of wastefulness” as problems, other than abortion.

The leader of the world’s 1.3 billion Catholics also said parents should not reject sick children.

Quote
“When during pregnancy parents discover that their child is affected by a disease, they need real closeness, real solidarity, to face reality overcoming understandable fears. Instead, they often receive hasty advice to terminate the pregnancy,”

Even though he is widely considered more liberal than his predecessors, Francis has not changed church teachings on family planning and sex.

This year, he opposed a bill that would have legalised abortion in Argentina. 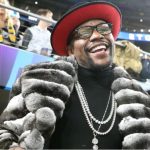 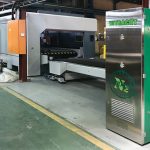