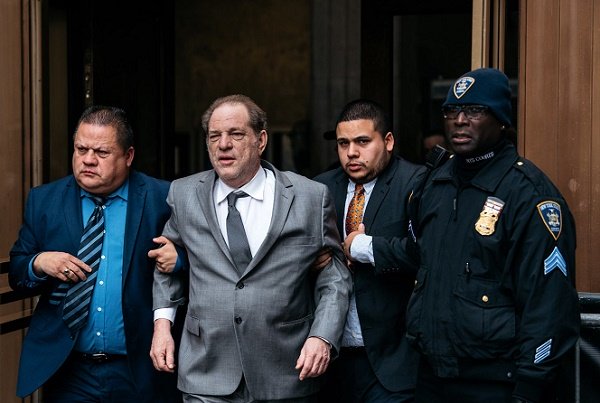 Harvey Weinstein, US film producer, has reportedly agreed to pay the sum of $25 million in settlement to dozens of women who accused him of sexual misconduct.

Weinstein has been in a protracted legal battle with multiple women over allegations of rape and sexual misconduct — with Lupita Nyong’o baring her personal experience with the business magnate in 2017.

The accusations had given rise to the #MeToo movement and have seen hundreds of women publicly accuse business moguls, government officials, and entertainers of sexual harassment.

In a new development, Weinstein reportedly reached a $25 million settlement with nearly 30 women who allegedly played victims to the claims leveled against him.

According to the New York Times, the deal, which is awaiting final approval from the courts and individuals involved, would apply to Weinstein’s numerous alleged victims in the US, Canada, Britain, and Ireland.

If approved, the sum is to be handed out by the insurance companies handling the bankruptcy of Weinstein’s company, with the accused not admitting to the allegations leveled against him.

Weinstein has been free on bail since his arrest in May 2018.

His bail conditions were, however, raised from $1m to $5m on Wednesday for allegedly tampering with his electronic monitor attached to his ankle.

Although the 67-year-old has denied having non-consensual sex, the criminal charges against him include the alleged rape of a woman in 2013 and an accusation of forced oral sex on a similarly unnamed woman in 2006.