Yesterday, according to Saudi-owned al-Arabiya TV, head of the central Hajj committee, Prince Khaled al-Faisal, dished out a huge chunk of blame on some pilgrims with African nationalities, that means us. Today as we speak, the Saudi authorities continue to paint such disjointed picture, casting aspersions in a stampede outside of the holy city of Mecca that has killed over 717 people and injured 850. Health workers and volunteer medics are still registering more death and receiving more injured persons.

Lots of accounts so far has been given. From the various reports I’ve read, including eyewitness reports as well as personal experiences, the convoy of the son of Saudi King, Salman bin Abdulaziz Al Saud caused the stampede. The Arabic language daily al-Diyar confirmed to the world yesterday, that Prince Al Saud’s convoy played a central role in the deadly crush. In
Sokoto state alone according to report trickling in, over 40 persons including a local government chairman has been declared dead. 76,000 Nigerians participated in this year’s Hajj and we are yet to know how many from this figure, made it out of that place alive.

Few hours ago I read the testimony of a pilgrim, Nigerian, who survived the unfortunate incident. He said “…*I saw bodies of once strong and promising souls reduced to debris from human trampings -religion indeed is hoax because it still hasn’t address man’s love for his fellow man. I saw people using others as launch pad for escape! I saw women dying with their
babies on their backs -God! I saw the vanity of human lives today and I am sure my weak heart is going to be hunted for a long time to come. I saw strong men succumbing to dehydration -Oh God I saw death today .

This is just from one side of a survivor, imagine what experience those who managed to get out of it will also have.

I saw a clip where an ambulance came to pick an injured person, but because he is black, the supervising Saudi officer ordered the ambulance to move away and instructed that he be carried in a stretcher -how and when did we
get to this place of lack of compassion, love for one another? We can’t be grieving the loss of our fathers, mothers, brothers and sisters, editors, professors and scientists, only to be insulted by the Saudi government -an
unreserved apology is what the Africa deserve from Saudi Authority.

The incident is unfortunate and I grieve for many who have lost their lives. I pray for their souls to receive eternal rest. And I say what a shame to the Saudi Authorities for their lack of compassion and senseless denial. Instead of owning up to their responsibility, they choose to feed the world with lies and flimsy excuses. If we cannot look after one another
irrespective of color, religion and culture, then why do we claim to know and love GOD? 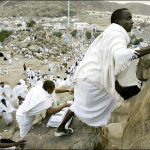 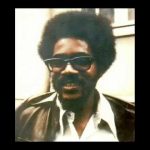