The mural is located in the administrative district of Kaloum, where four senior officials of the state under high education of Sekou Toure according to concordant sources were executed in January 1971. The four were accused of conspiring against the regime between 1958 and 1984.Publicity

This graffiti revived the passion for the father of independence who led Guinea with authority for 26 years.

“We asked for a stele at this level to commemorate all these hangings, which was not done despite the promises of the time. This bloodthirsty executioner, the executioner, is magnified on a section of this bridge, where he hanged human beings, I think it’s still too expensive to pay, “said Fodé Marega, a member of the association victims of Camp Boiro.

“If my father had been hanged, would I have had the same reactions? These are the questions we also ask ourselves in our movement, so we are very sensitive to their cries of heart, but we want to ask them, as well as all Guineans to join hands to achieve true forgiveness, because our parents are dead, we can not bring them back to life, but we can honor them, “said Soninké Diane, a member of the Sékou Touré movement.

Chimère Ndiaw, the artist behind the mural claims to have received permission from the local authorities. He said his intentions were noble.

“It’s art, we do something beautiful, people come to take pictures, so each country also has its story, but we did not do it to upset the association. On the contrary, if it affected them, we beg your pardon, because it was not our intention, it was not a political thing. We have not been funded by anyone, “he said. 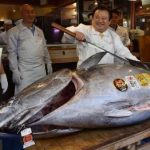 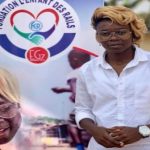