Bike shares have grown in popularity in cities across Europe and North America. But in Africa, it has struggled to take off in Africa where road networks tend to favor motorists. 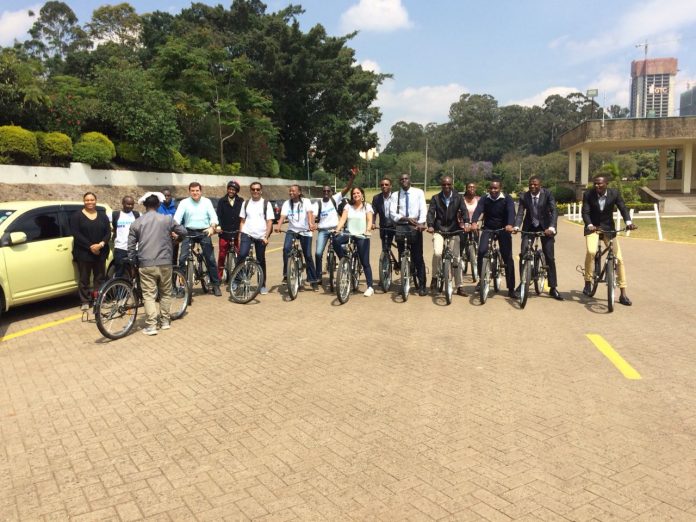 However Nairobi University hopes to buck the trend with a bike-share scheme that will allow users to rent one of close to 100 bicycles parked at a hub on the university’s downtown campus. The pilot programme is supported by a grant from the UN agency Habitat. The test will examine which rates and payment methods work best. Organizers will also learn how users feel about the design of the bikes and docking stations.

‘’We’ve heard there’s has been a lot of success and challenges,” says Daniel Okechukuwu, from Global Green Growth Institute.  “The fact that students are able to access their classes within time, is a good thing but there’s the issue on safety and infrastructure.”

Cognizant of the infrastructure challenge, the project backers are keen on changing perception among Africans of bicycling as a viable means of transportation.  Members from 8 African regions are in Nairobi attending a three day information session on the commercial bike sharing programme.

‘’The bike share users are small but very enthusiastic”, says Michelle DeFresse, senior Growth Officer, Rwanda Country Programme. “So the bike share community is interested in implementing systems in place to serve that community. That’s why we thought we should bring them together and share and address those unique challenges moving forward.” Over the past five years, global bike share growth has been astounding. Over 1,600 bike share systems—station-based, dockless, and hybrid systems, both publicly and privately operated— are now operating worldwide, up from about 700 systems in 2013, UN reveals.

Mobikes are equipped with a series of proprietary high-tech features that benefit both users and partner cities. Every Mobike is equipped with unique smart-lock technology and built-in GPS connected via the Mobike IoT network.  Users register for Mobike though an app downloaded to their mobile phone. To use a bicycle, the user unlocks the bike using the mobile app. The app records the distance and duration of the trip and the energy the user spent using the bike. At the end of the rental, the cost will be deducted from the users account.

Africa’s first bike share program—Medina Bikes—launched in 2016 in Marrakesh alongside the 22nd Conference of the Parties (COP22) climate change conference.

Cycling has gained popularity in Cairo, as well, where the government, in coordination with UN-Habitat, approved a three-year funding scheme for bike share in July 2017. 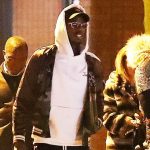 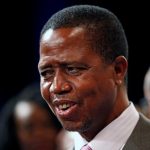